On the road through the Darling Wildlife Refuge..... 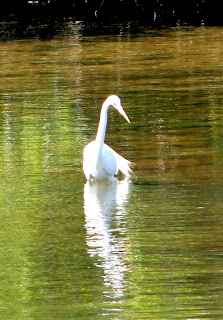 ...we stopped to watch this Great Egret. 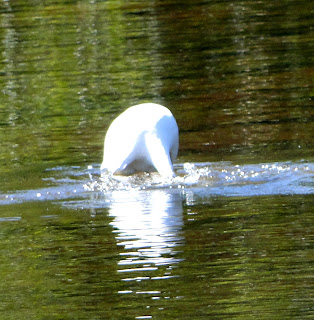 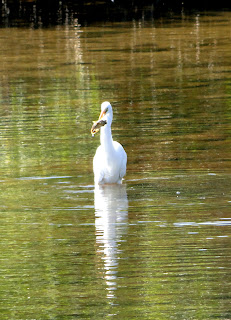 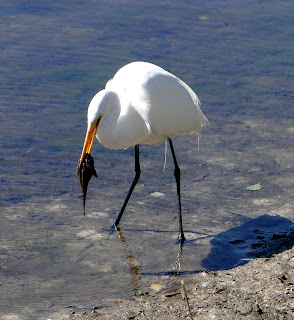 He then flew closer to the road. I wasn't sure why but was glad so I could get a better picture. 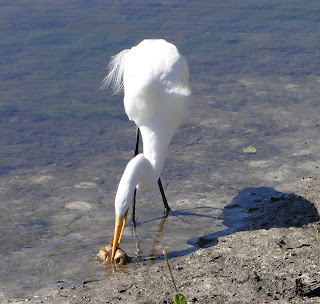 The fish was alive and he was squeezing and banging the fish against the ground.... 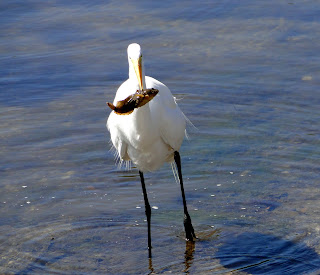 ...again and again, he squeezed the fish. until it was dead and then he swallowed it whole. 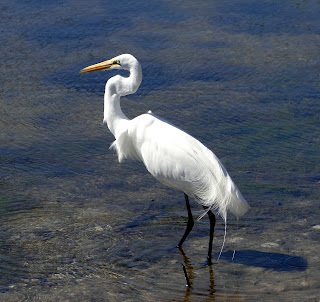 Ah, now he's satisfied and doesn't mind posing for me.

Right after this, we saw an alligator with some kind of prey but I couldn't get a picture of him in the murky waters...
Posted by Appalachian Lady at 9:53 AM 9 comments:

UPDATE--I corrected some of the ids from tips from "Anonymous" comments below!

Yes, I just had to escape from snowed-in Virginia for a few days to visit my sister in Ft. Myers, Florida. It was not easy--had to leave a day early to avoid a snowstorm to drive to Charlotte for the flight, then delayed on the way back by another (not complaining about that).

When my sister asked me where I wanted to go, I said to the J. N. Ding Darling National Wildlife Refuge on Sanibel Island. The refuge is an undeveloped mangrove ecosystem with lots of migratory birds this time of year.

Most of my photos were taken from about 100 feet away. The birds didn't want to be close to the road and cars--I could have used a better telephoto lens. 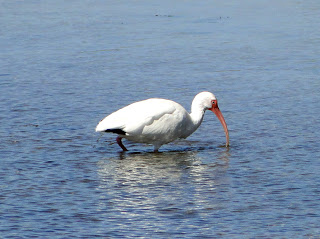 The White Ibis uses its bill to hunt--probably a lot of good worms and crayfish in these rich waters. 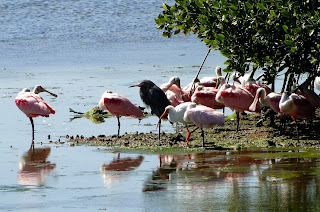 The most spectacular bird is the Roseate Spoonbill (in pink) here with a Reddish Egret and White Ibis. The Reddish Egret is quite rare so I am happy to see that. 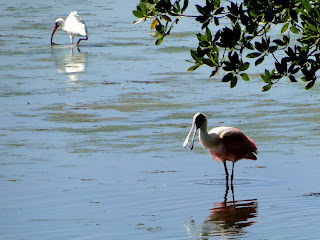 Here you can see how the Spoonbill got its name--a spoon-shaped bill useful for scooping up shrimp (with a White Ibis in the background). 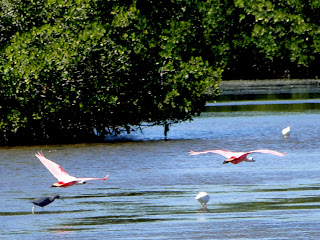 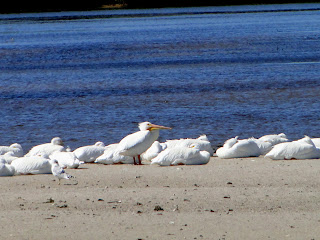 These White Pelicans spend summers on lakes and marshes on the upper midwest of United States and Canada. They were safely on a sand island, far from the admiring crowds. 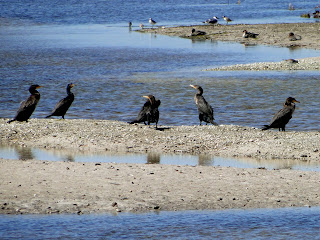 This bird has benefited greatly from the banning of DDT in 1972. Here the black color was a nice contrast to the more common whites and pink of the other birds. Did I mention there were a ton of birds? 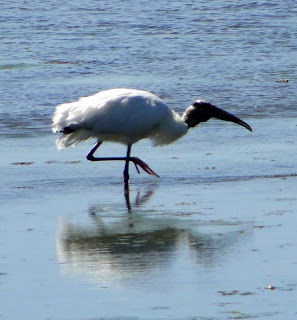 This bird is the only true stork in North America and is most noteworthy for its size--40" length with a 60" wingspan. His neck looks a lot like a turkey's except it's dark gray. 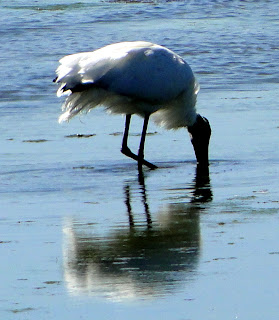 He forages in drying ponds or shallow areas like this one. The Wood Stork stays in the southern states in the summer time and winters in Florida. 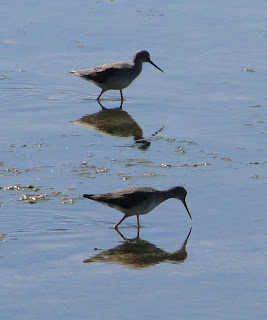 These sandpipers are larger than the typical sandpipers but smaller than chickens. They were quite interesting to watch as they walked and foraged along in unison.

I still have lots of photos to go through, including a nice sequence of a Great Egret fishing--stay tuned.
Posted by Appalachian Lady at 10:50 AM 7 comments:

Another snowstorm is dumping snow on us today, closing all the schools. I read in the newspaper yesterday we had already had more snow here this winter than Minneapolis or Anchorage, Alaska. And, that was before this storm! 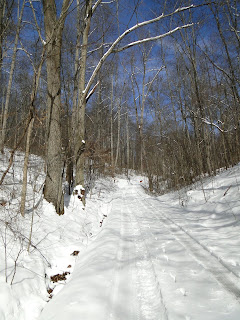 This is what our driveway looked like on Monday so this snow is on top of that--I am not even going to venture out for awhile. 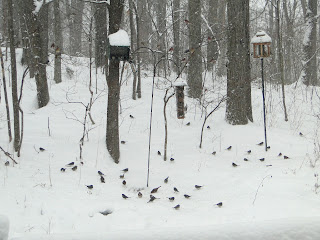 Most people buy milk and bread before a snow storm, not me though. I bought 50 lbs. of sunflower seeds and a case of suet cakes. The seed attracts a lot of birds as seen in the photo above. There's not much else out there for them to eat. 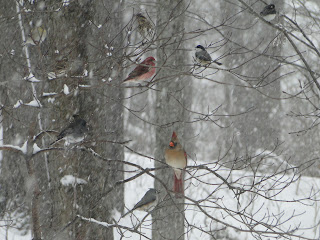 These birds are waiting their turn at the feeder--can you tell how many different kinds there are? 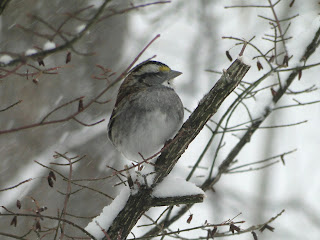 Another photo of a white-throated sparrow... 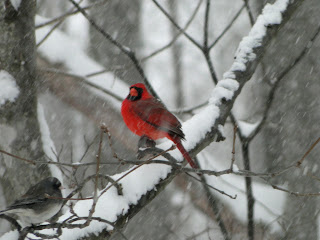 and a snowy cardinal...

Now, the snow's really sticking to the trees--hope the power does not go out!
Posted by Appalachian Lady at 12:31 PM 11 comments: