Late this morning, Kookie and I walked down the driveway to get the newspaper.  Kookie started her "snake" bark which is loud and somewhat fearful. 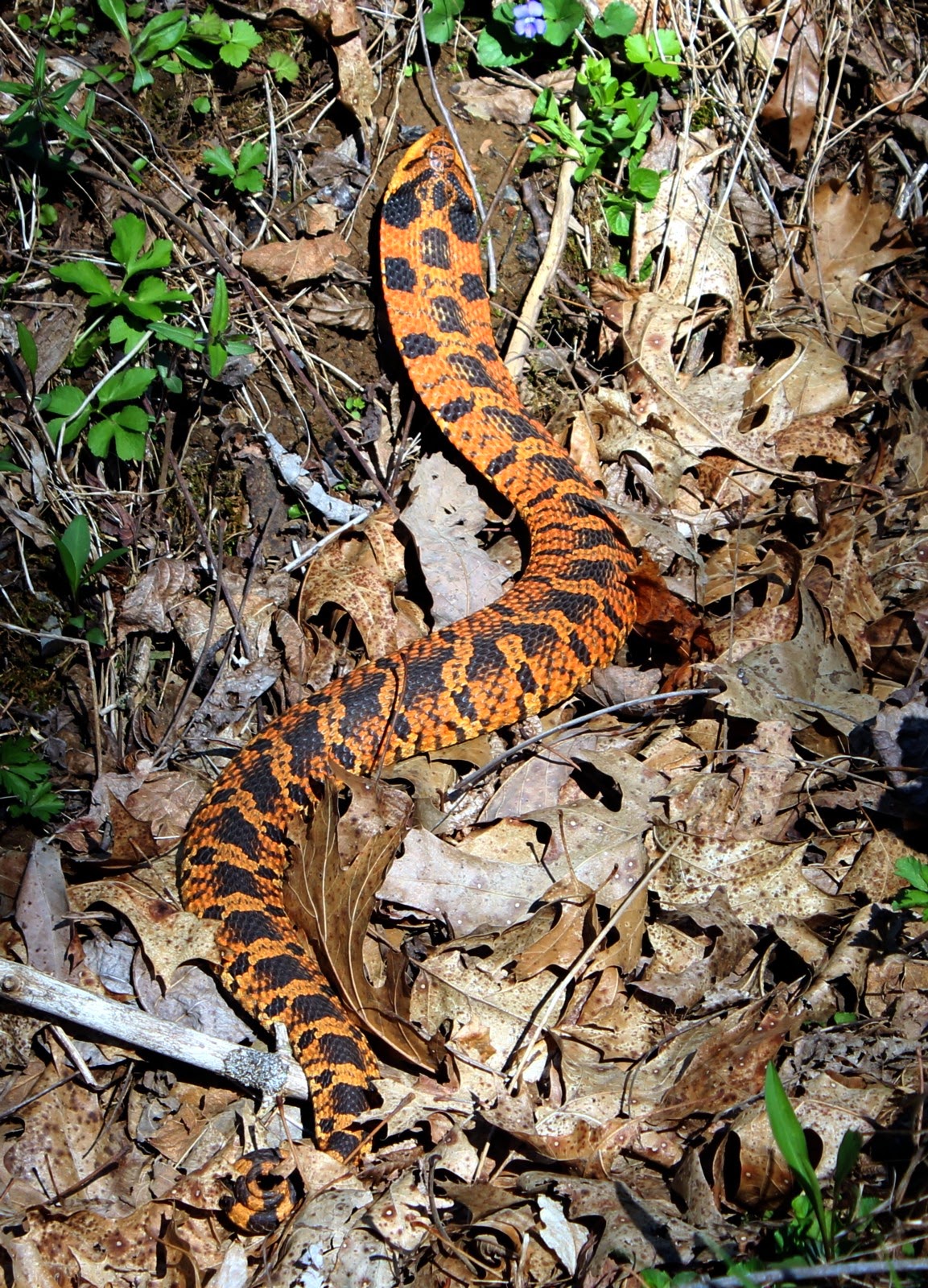 Our dog had found an Eastern Hog-Nosed Snake. I was puzzled at first because of the orange color but then saw images online that showed this snake in many different colors but with similar markings.  This snake appeared to be about 3 feet long. 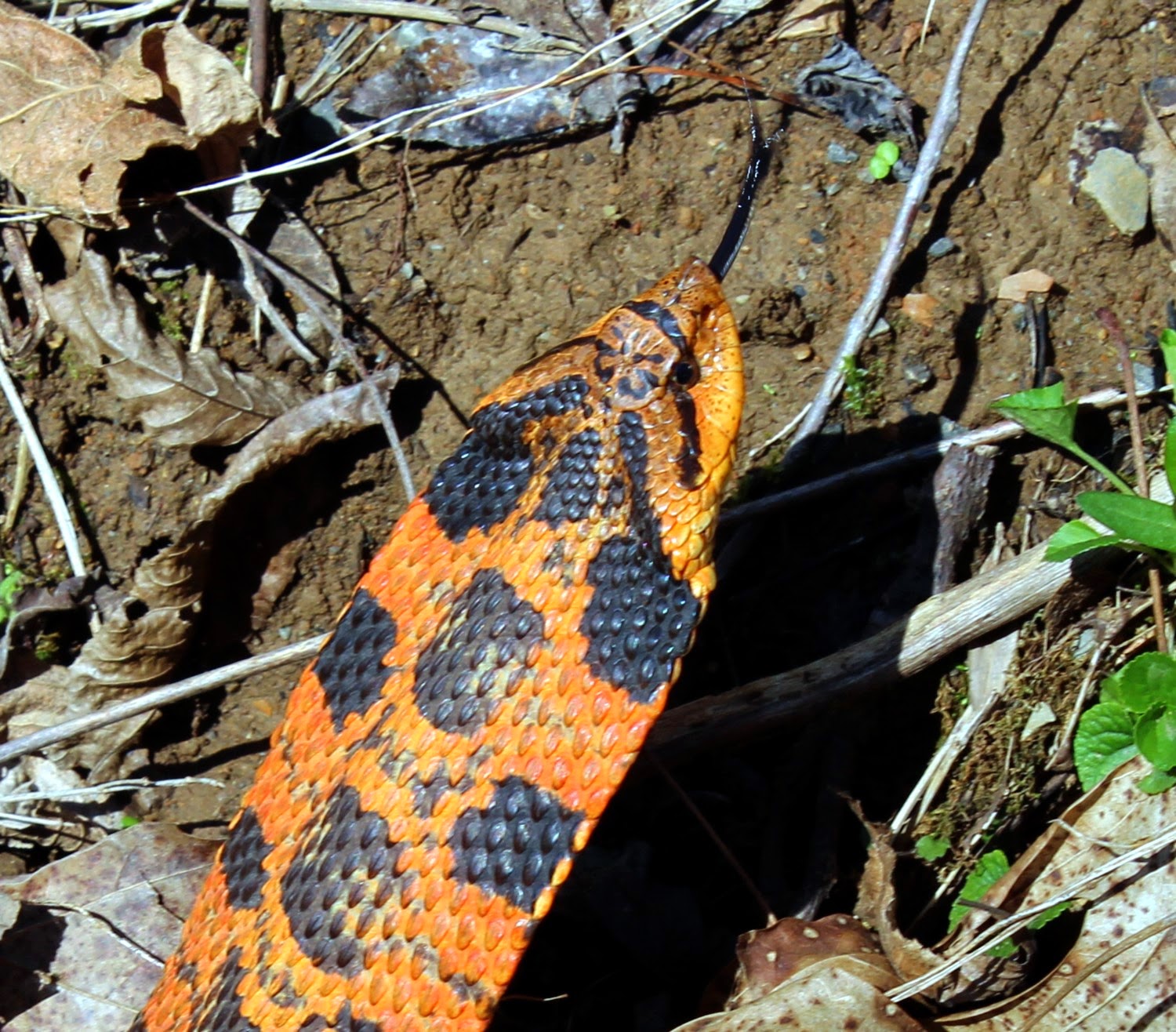 This was my third and Kookie's second encounter with this species of snake.  He spreads his head and hisses which still scares me even though I know he is not venomous.  He would have played dead if I had messed with him; but, instead, I led the dog away by her collar to let him escape. 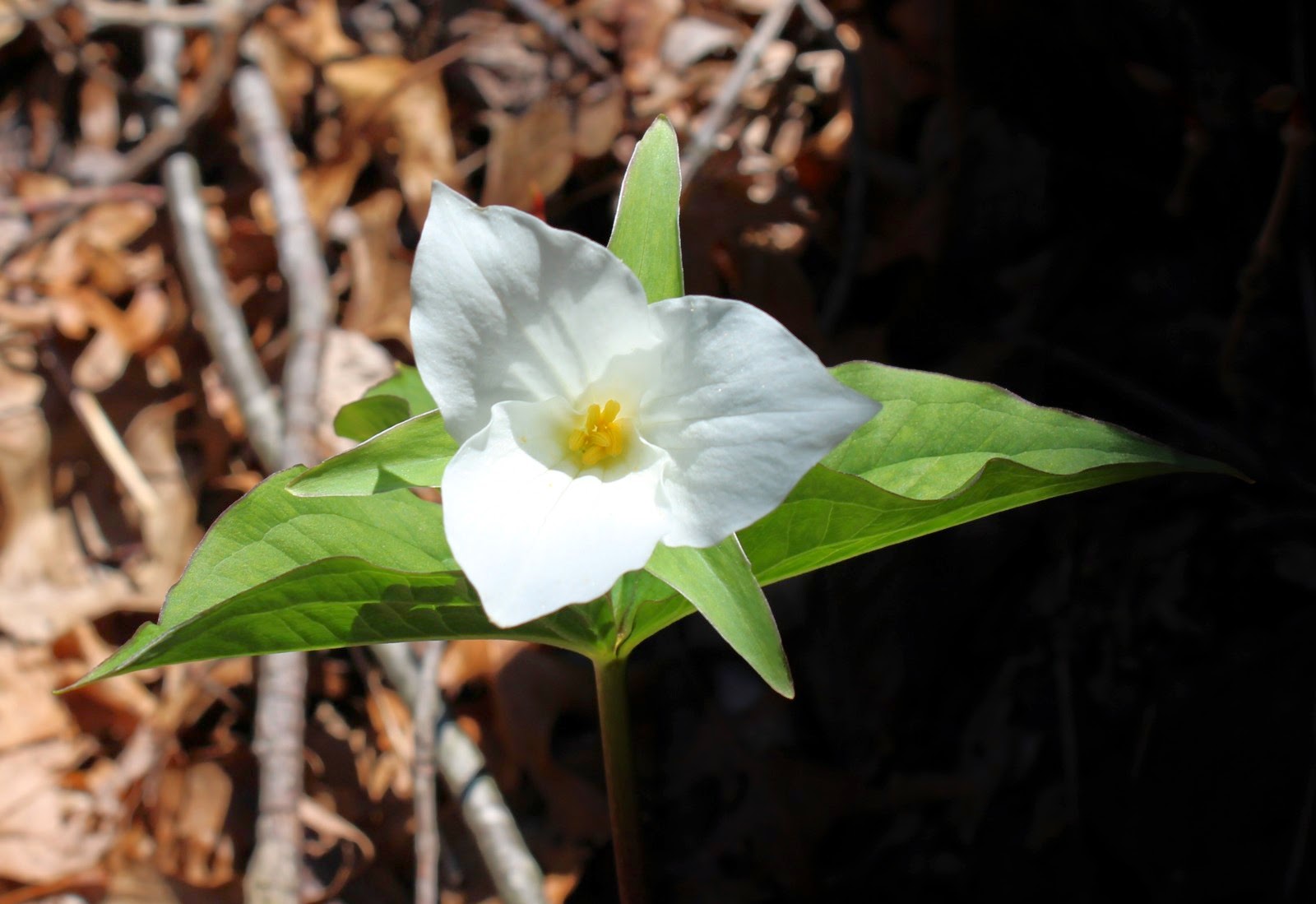 Since Easter was later this year, the Large-Flower Trillium was blooming in the woods.  I like this better than an Easter Lily since it is native and wild. 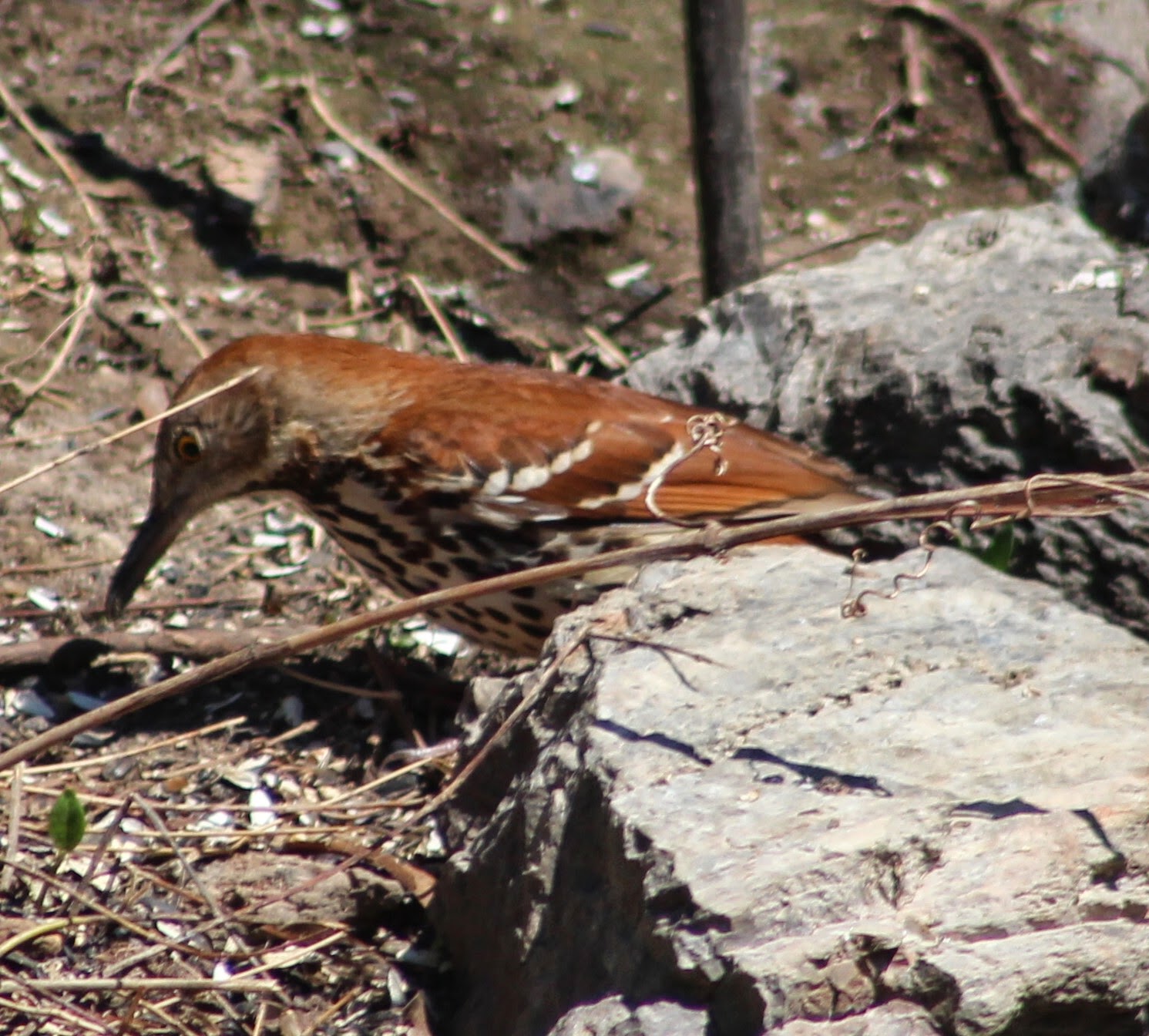 Earlier in the month, I was able photograph a Brown Thrasher--a very big bird.  I had heard his song in the woods and briars but he moves around so fast, I was not able to photograph him.  He was below the feeders, looking for insects in the ground.    I read that these birds are becoming scarce so I was glad to see him.
Posted by Appalachian Lady at 5:50 PM 14 comments: 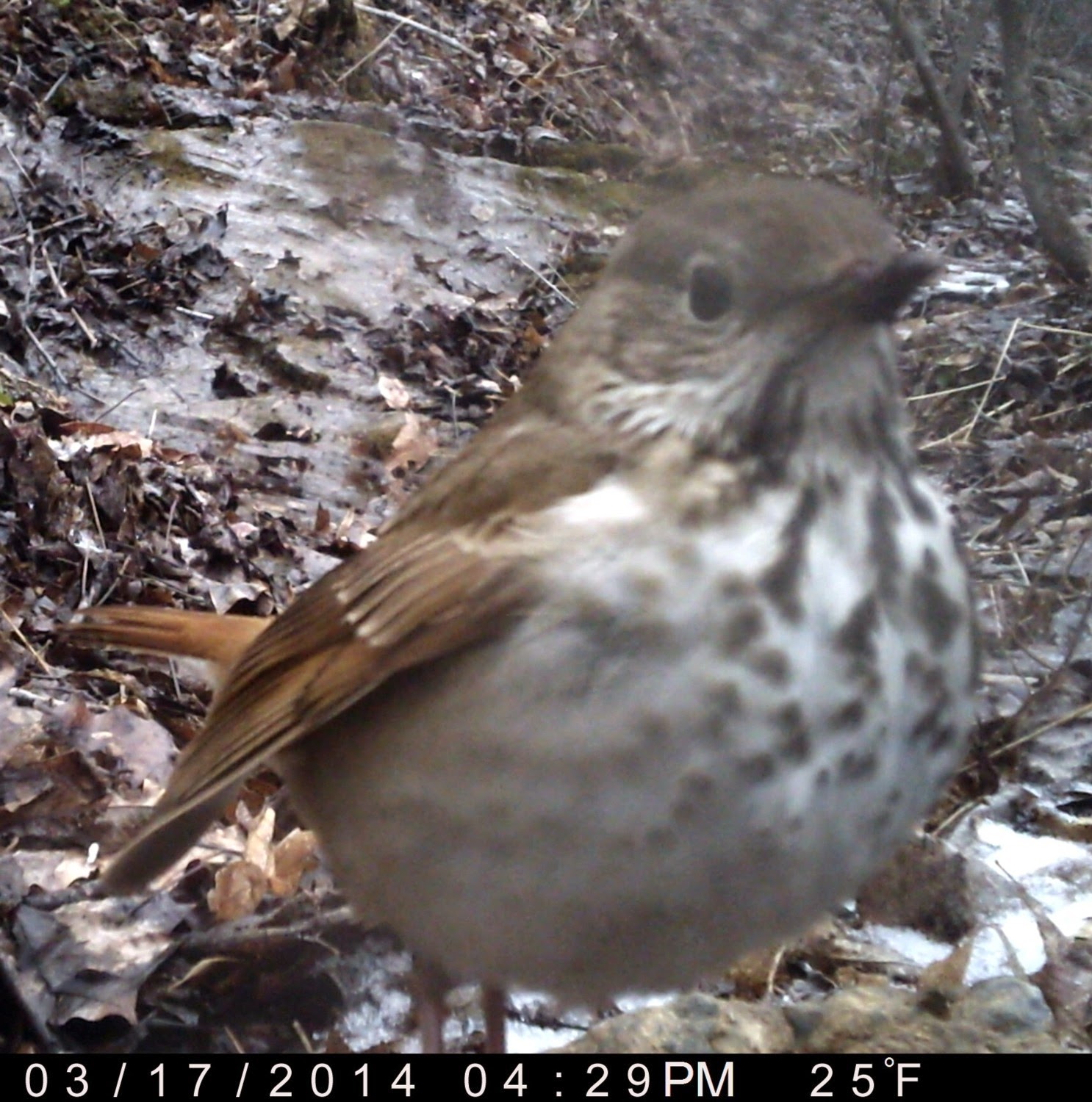 Yesterday was a great day with sunny skies and temperatures in the 60s.  I saw my first butterfly, the Eastern Comma; and later in the afternoon, I spotted several lovely blue Spring Azure butterflies.  The toothwort was budding--should bloom any day this week.   Spring is here!

I downloaded the pictures from my wildllife camera and was very surprised to see a Wood Thrush which was captured on St. Pat's day.  The temperature was 25 degrees.  He must have been thinking he came back to early from the tropics where he winters.   I can't wait to hear the sound of wood thrushes in the woods.  CORRECTION:  It's a Hermit Thursh--see comment below.   Some birder I am! 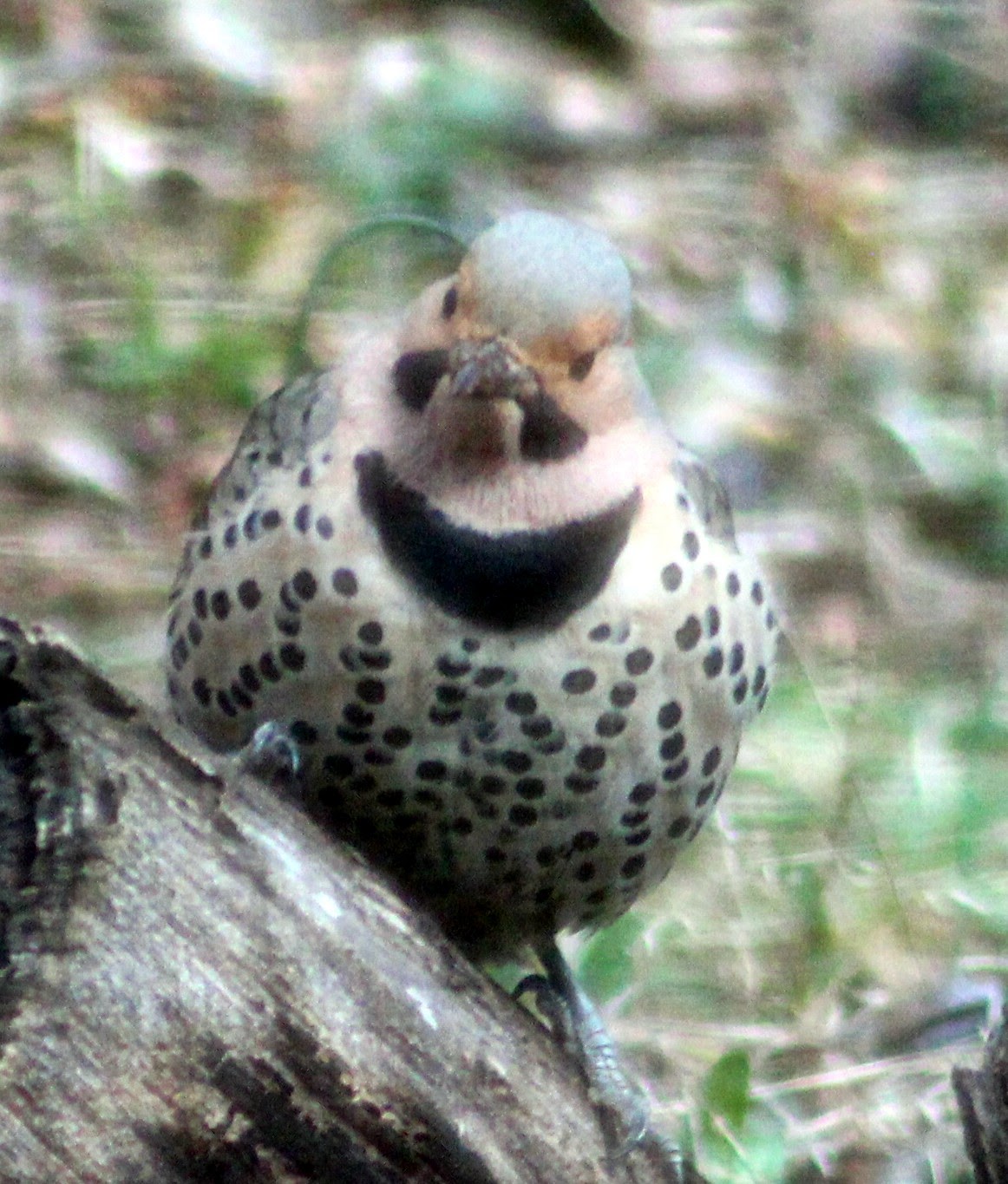 I also saw this Northern Flicker in the garden.  I captured this shot thru the screen window which acconts for the poor quality of the image. 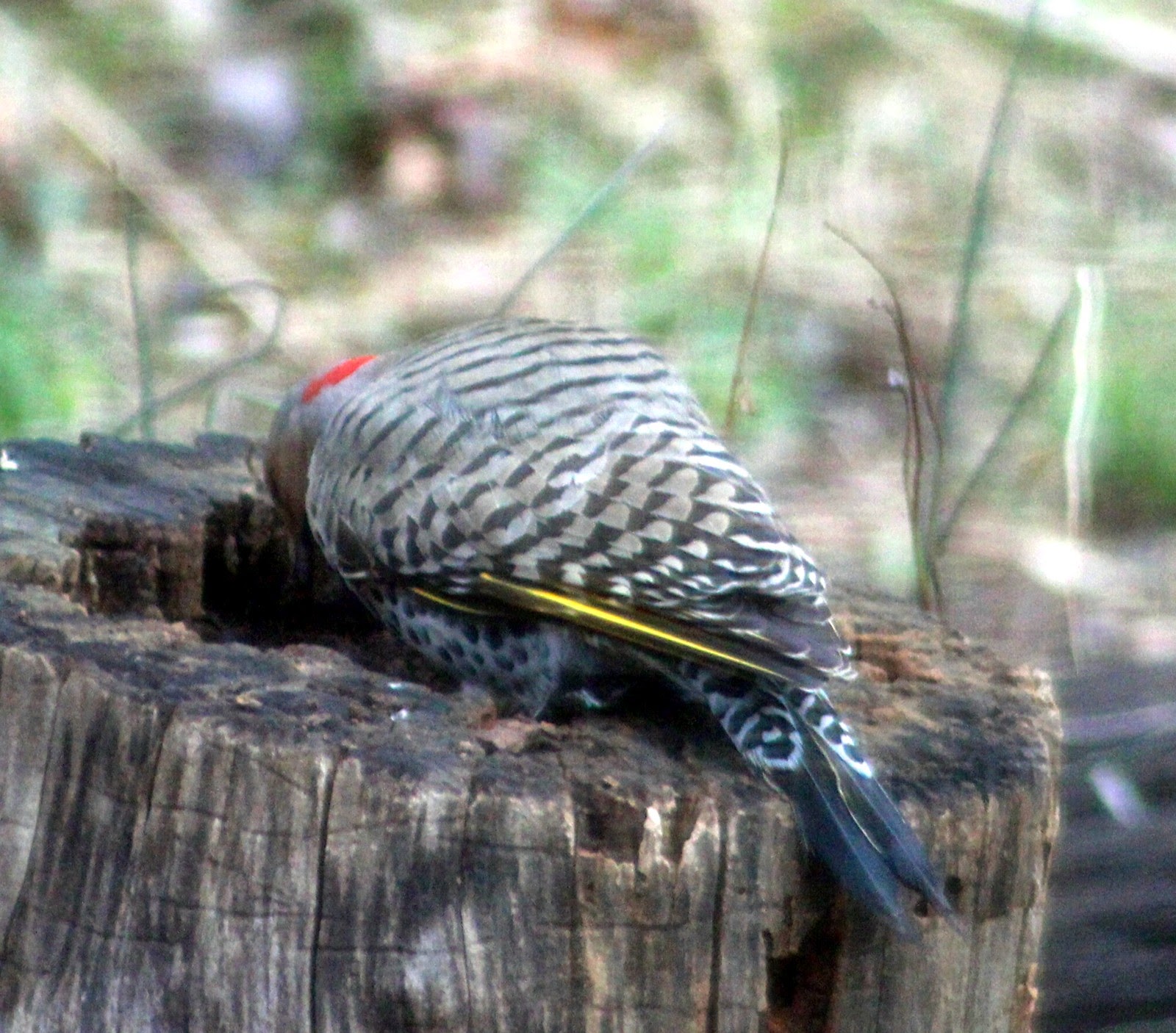 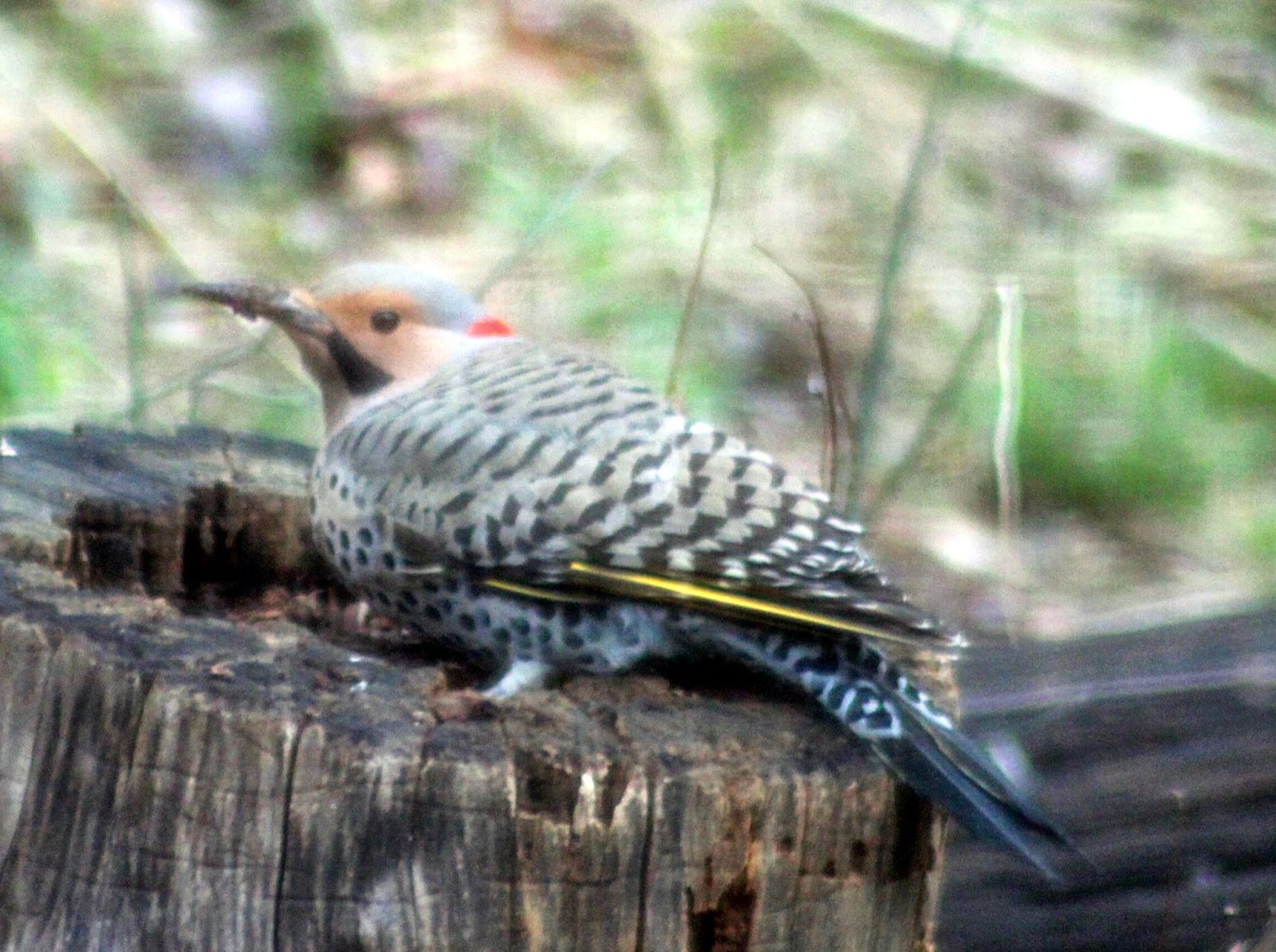 He was looking for insects in this old cherry stump I had used for a flower pot stand in the garden. 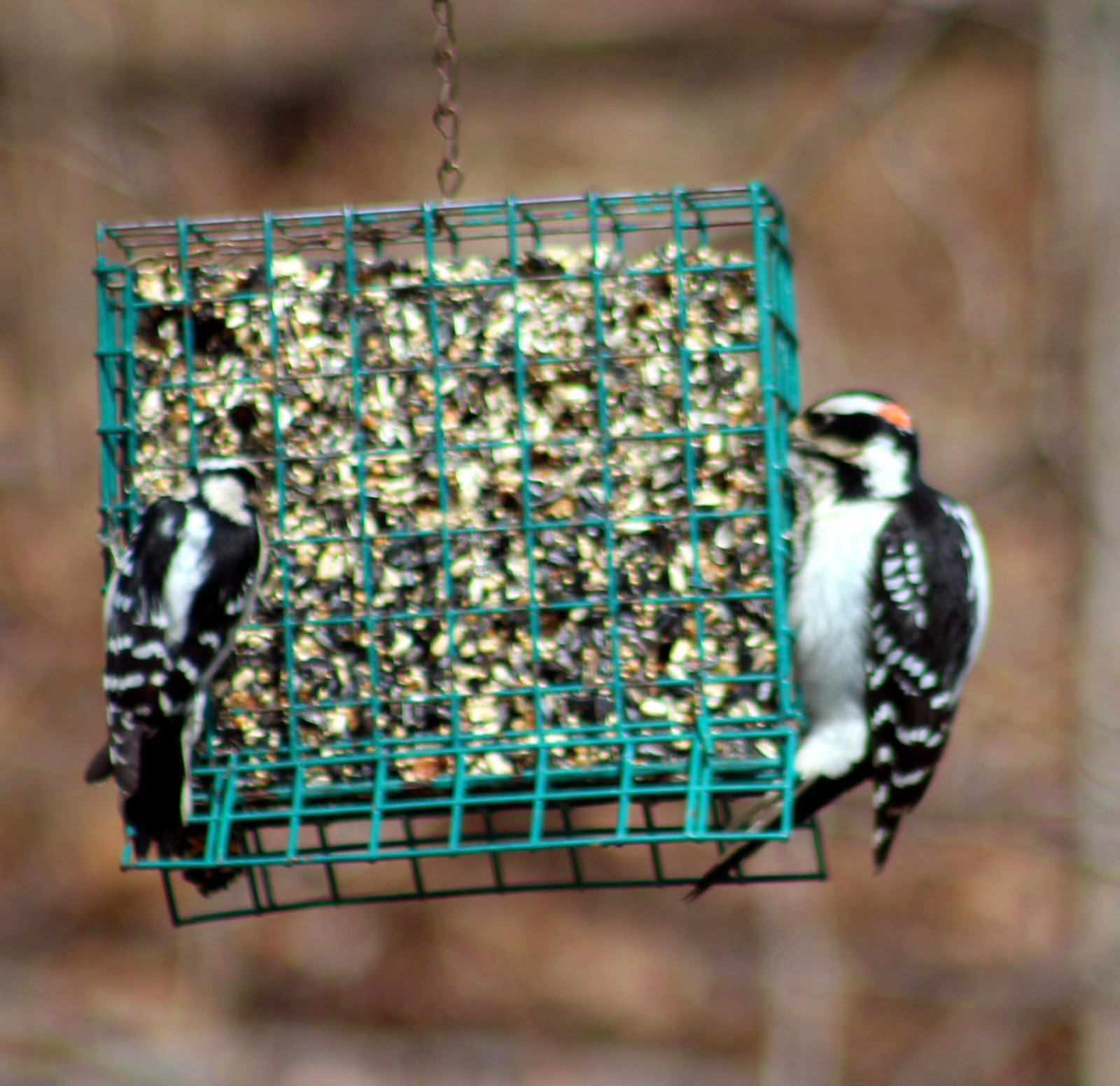 The temperature is 60 again and mostly sunny--time to get outside and work in the garden!
Posted by Appalachian Lady at 11:41 AM 6 comments: