Every year, a friend and I attend the Mt. Rogers Naturalist Rally which is held Mother's Day weekend.  Like last year, we hiked from Elk Garden to beyond the Lewis Fork Wilderness Area on the Appalachian Trail. 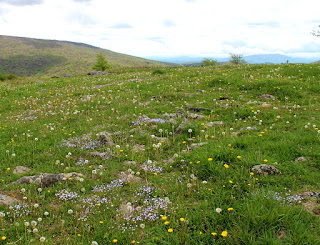 Ponies graze the hill so not many trees grow on the first part of the hike. 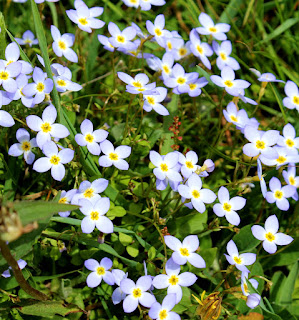 Instead, bluets and dandelions dot the mountainside. And, fringed phacelia flowers blanked the forest floor like a light dusting of snow. 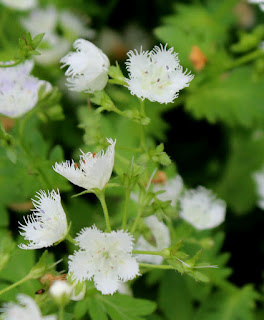 Here is a closeup of the fringed phacelia. 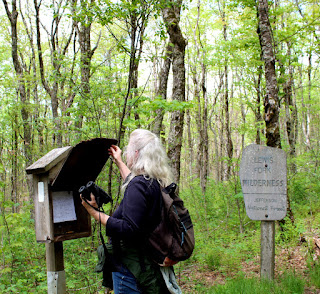 We usually stop our hike here but since the trout lilies had already bloomed here we decided to go beyond the sign. 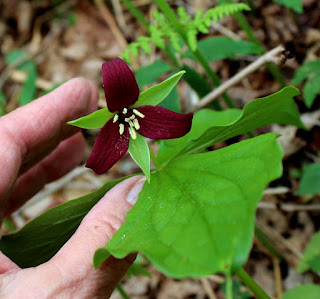 Instead of trout lilies, we found trillium. This red trillium is called wake robin (Trillium erectum). 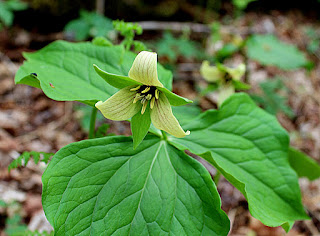 This is the same wake robin species but with a yellow flower.

That night, a man terrorized thru-hikers on the trail probably 20 miles north of where we hiked.  He killed one man and injured a woman.  Thankfully, they arrested him Saturday evening.  But, he had  terrorized hikers several times in the previous months and should have been in jail or committed to a mental institution.

Posted by Appalachian Lady at 11:46 AM 2 comments: