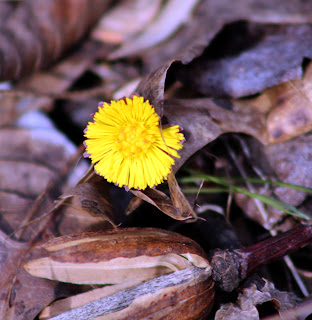 After freezing rain on Friday, it warmed up a little this weekend, bringing a few more flowers out.    The coltsfoot above bloomed on Feb. 10 but will continue blooming for awhile.  A yellow poplar seed pod is below it, giving you an idea of its size, a little smaller than a dandelion. 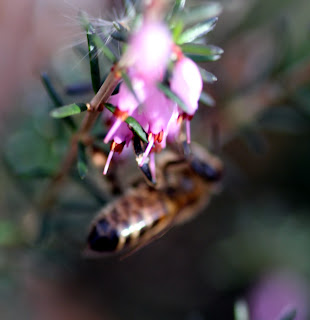 One bee was on the reliable heather which  blooms throughout the winter. 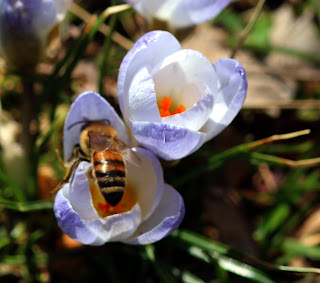 I also found a bee collecting pollen on the snow crocus early today when the temperature was in the 40s. 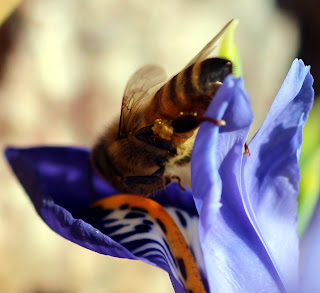 I noticed this single Dutch iris blooming about 11:30 a.m.  A bee quickly landed on it and had already collected pollen which you can see on his leg.

With temperatures climbing into the upper 50s, I took a walk in the woods to the back pastures. 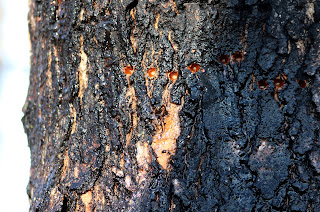 These holes on the sugar maple tree were made by a yellow-bellied sapsucker probably in the last day or two.  They were oozing sap which should have attracted something, bees, mourning cloak butterflies but nothing was there. 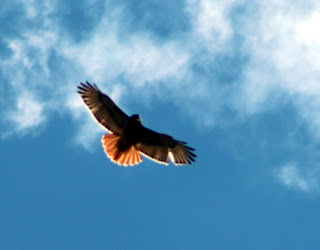 This red-tailed hawk was capturing thermals, flying higher and higher above our big pasture. He comes near our feeders too to prey on the birds.  The last time I noticed him, a single blue jay chased him away.  So, I guess I am feeling better about blue jays. 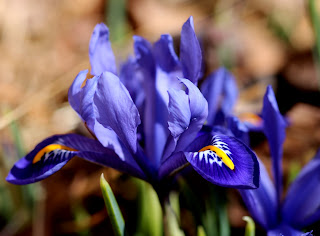 Back from the walk, I noticed two more Dutch Irises blooming. That was fast.  I need to remember to plant more next fall--I always say that in the spring. 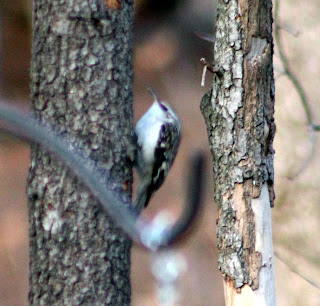 A Brown Creeper was spotted near the bird feeders.  I noticed this bird for the first time last fall.  Now, it seems I see him everyday.   Why had I not seen this bird before?   Maybe he was attracted by the flocks of birds. 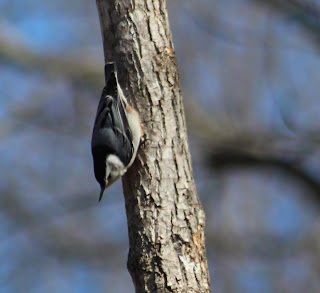 Although the creeper does look similar to the White-Breasted Nuthatch, his behavior is very different.  The nuthatch goes down the tree while the brown creeper starts at the bottom and circles the tree going up.  On the ground, he creeps just like his name suggests. 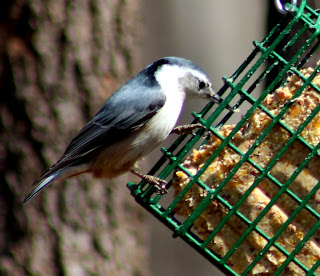 The nuthatch also feeds on the suet whereas I have not seen the creeper there yet.  Maybe he will figure it out soon.

With the days longer and a few warm days now and then, I am feeling that spring is not far away.
Posted by Appalachian Lady at 5:38 PM