Flowers in My Yard in May 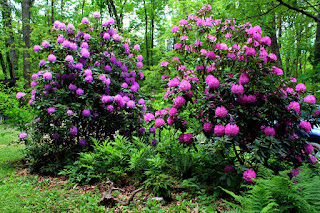 May has flown by without a post but I still wanted to save these photos of my yard.  These two Rhododendron shrubs are taking over!  I cut them back on the other side to give my blueberry bushes more room.  Now, I had to cut back to let my native Dutchman Breeches grow.  But, I really enjoy the lovely flowers in May. 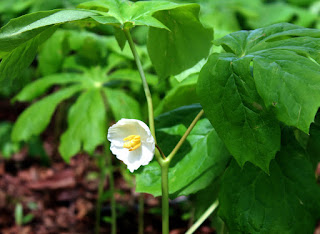 Mayapple blossoms are already gone with apples now forming.  But this is one of my favorites. 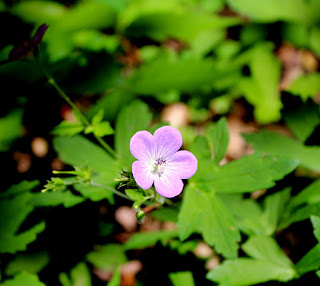 The native wild geranium also has gone to seed.  I transplanted one plant years ago in my yard and now have hundreds of plants.  I always see lots of native bees on the flowers which is good. 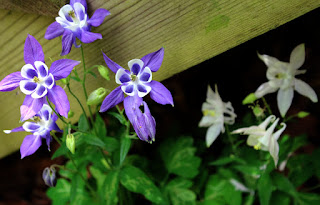 This purple columbine is not the native one but one I bought from a nursery.  It also has spawned many other columbine plants via seed, such as the white columbine that sprouted underneath the steps. 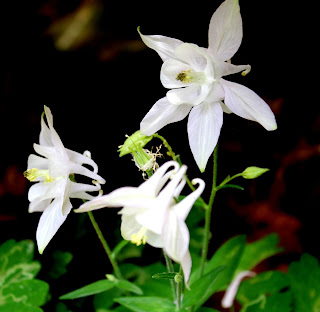 I like the white version so much so I wonder if I save this seed that I might get more white ones? 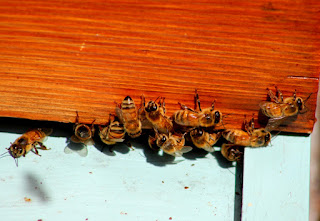 The biggest surprise is that I have bees again! Let me explain.  I went into the winter with one strong colony of bees which was still alive in early February but the colony froze during sub-zero temperatures in late February.  I did not mourn the loss as those bees were very aggressive. My husband and I decided we would wait until next year to buy more bees.

I had placed a couple of empty hive boxes on our bottom deck and noticed a few bees going in there for several days in early May.  On May 7, a swarm of honey bees occupied the box.  It was easy to move them to my original "Princess" hive.  The bees are very gentle, much like the original Princess colony that swarmed two years ago.   Maybe they came back!
Posted by Appalachian Lady at 4:41 PM