The days are still warm, 50s and 60s, while night temperatures are dipping below freezing. 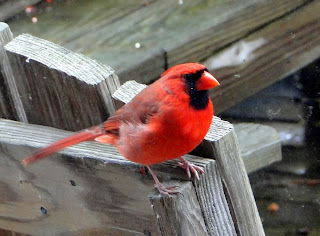 The day after the World Series ended where my favorite team St. Louis Cardinals lost, this Northern Cardinal started pecking at my window.  He probably sees his reflection as a rival for his territory.  I enjoy getting a close up look at him and hearing his singing in the nearby tree.  But, it is starting to be annoying after more than a week. 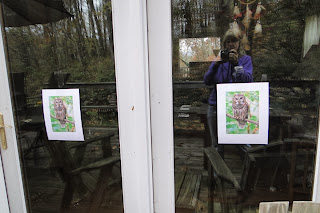 I tried putting images of the barred owl on the doors but that only delayed him for a few hours. He pecked on the other open areas.   This morning, my husband put an outside roller shade up.   That kept him away from the sliding glass doors.  After about an hour, he pecked at the kitchen window. 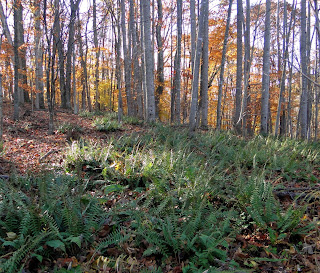 The only solution is to get outside and walk!   There was still some fall color on November 1 when I photographed these golden American Beech trees in the background with Christmas ferns in front. 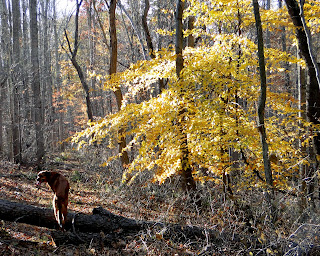 The American Beech leaves on the small trees will turn brown and hang on until spring. 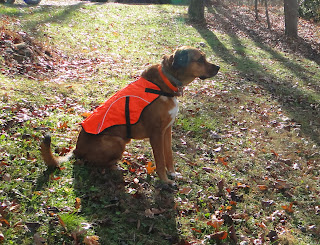 This morning, I put a blaze orange vest on Kookie so she won't get shot during deer hunting season which lasts through Thanksgiving week.    I am not sure she likes it but it makes me feel better.