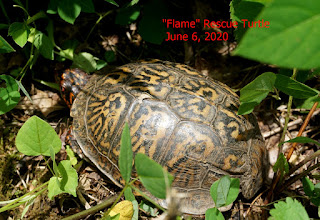 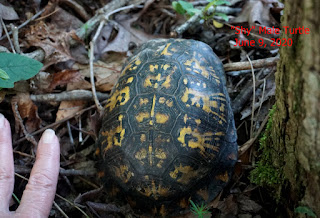 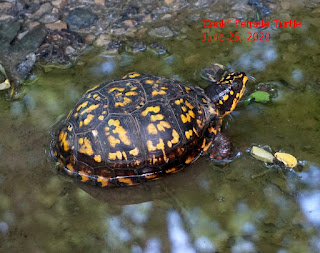 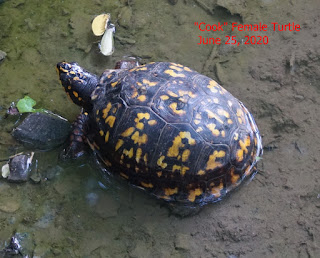 Southwest Virginia is experiencing an onslaught of the 17-year cicadas.  I experienced them in 1986 and 2003 but was not home all the time as I am now so it has been very interesting to watch them emerge and listen to their songs. 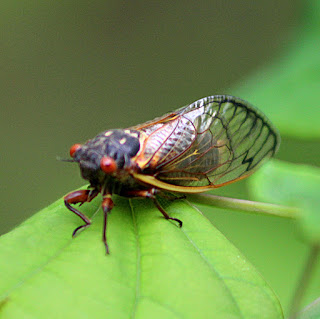 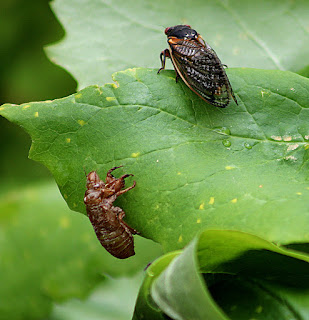 While a few emerged a few days before, I first noticed a number of cicadas on May 23 but with no song yet.  My dogs, Daisy and Molly, noticed them right away. They ate quite a few that were still on the ground. 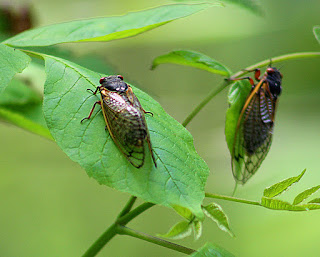 Most seemed to gather on this small hickory tree. 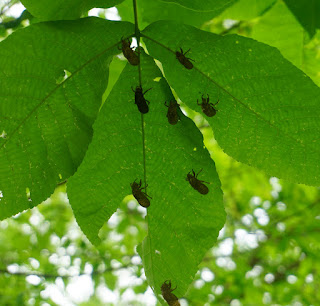 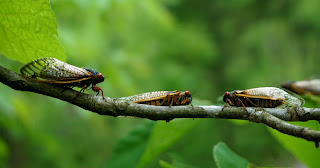 Two days later, there were a few more on a hickory tree. And I started to hear them singing but not very loud.

Every morning, I saw quite a few newly emerged cicadas on the ground. They stay there awhile while their wings finish forming and drying out. Then, they fly up into the trees. Every day, there were more and more. 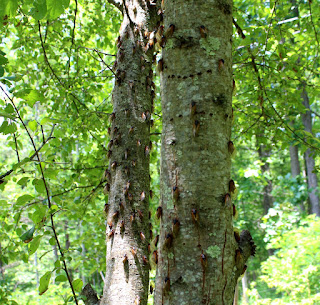 I noticed one of our  "Arbor Day" trees (one I would like to cut down!) had a crowd of cicadas on it.

The above video is of that tree with the cicada sounds. Only the males make the sounds. In the background are more cicada sounds, more like a roar or the background music to a science fiction movie.  And sometimes I hear another sound, almost like the sound of the witches' army in The Wizard of Oz. Later in the evening, the cicadas die down but a few sound like lawn sprinklers.  All together they sound like a symphony during the day. We did hear the cicadas a few times in the middle of the night, probably prompted by the full moon.

After the mating, the females deposit eggs in the branches of the trees. I remember last time, it was in the last 12 inches of a branch.  Once eggs hatch into larvae, feeding on the branch, they will eventually drop off and crawl back into the grouind. I remember in 2003 all the little branches on the ground.  It did not hurt the trees too much.  I did read it can hurt young fruit trees.

I was lamenting that there did not seem to be too many birds at our feeders in the past week or two, mostly goldfinches and downy woodpeckers (a family feeding their young). Then, I realized the cardinals and blue jays were probably feasting on the cicadas which must taste very good. My dogs eat them too.

I made this post to document their emergence on our land. I doubt my husband and I will still be living here in 2037, the next time they emerge!
Posted by Appalachian Lady at 5:21 PM 7 comments: