The previous weekend, a friend and I attended the Mt. Rogers Naturalist Rally at the Konnarock Community Center. 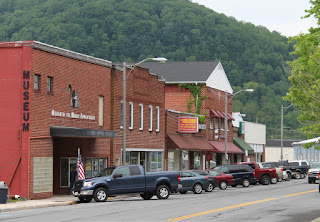 On the way Friday, we visited the Museum of the Middle Appalachians in Saltville, Virginia. 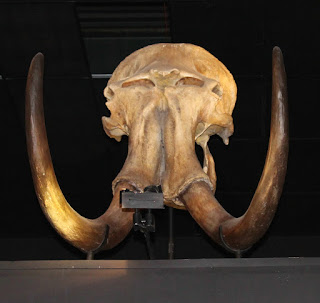 This Mastodon skull was found by Virginia Tech researchers in the area. 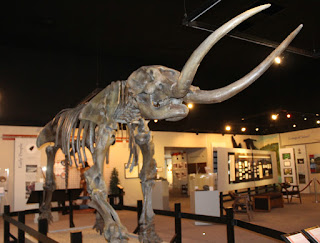 The mammoth was also found in Saltville. The museum has a lot of other neat fossils and native American artifacts as well as the history of salt mining.  The gift shop was quite nice with good prices on fossils.

After the museum visit, we ate lunch at the Harvest Table Restaurant which was only a few miles away.  This Restaurant is owned by Barbara Kingsolver (author of many books I have read) and features farm-to-table menu.  It was so crowded--it looked like the little town was filled only with restaurant patrons. 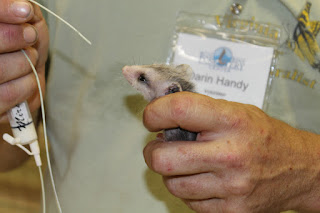 It rained so much Friday evening that I decided to attend an indoor session Saturday morning--kids' nature activities conducted by a wildlife rehabber.    He had 23 of these baby possums to feed which fascinated both adults and children. 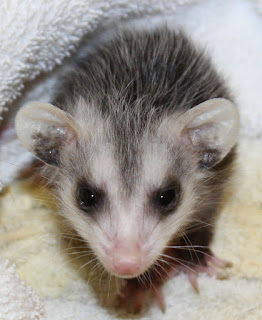 This one was the last one to be fed and he didn't look too happy about it. After a few games, we walked outside.  He used paper cutouts of animals to mostly talk about why you should not assume baby birds, deer or squirrels are abandoned by the mother.  He said the mother usually comes back to get her young.  In the case of baby birds who fall out of the nest, it is alright to put them back in the nest.  If the nest isn't reachable, try making a nest for them in a nearby tree.  The parents will likely feed the birds in the nest you build. 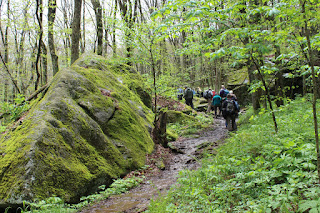 In the afternoon, I went on the walk with the author George Constanz (Hollows, Peepers, and Highlanders: An Appalachian Mountain Ecology).  Both my husband and I had read the book in the 90s and I reread it right before the rally.  George asked about the adaptations in nature such as "Why is bark rough on some trees while the bark on other trees is smooth?" 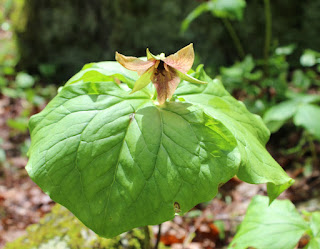 While the group talked, I took photos the red trillium. 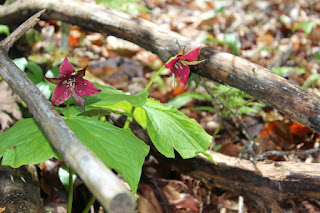 These two trillium were a lot redder in color then the previous one. 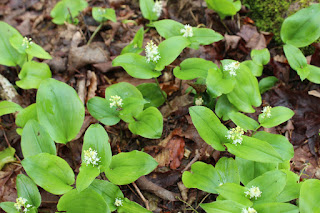 I wasn't sure of the identification of these plants--but I believe they are orchids. Does any one know?

I enjoyed this Appalachian trip very much and will make plans to attend next year's rally.

Posted by Appalachian Lady at 11:43 AM 3 comments:

Spring happens so fast. Before I know it, the trees have all leafed out and we are enclosed in the forest.  Toothwort and Bloodroot are long gone and replaced with wild geranium and woodland plox. 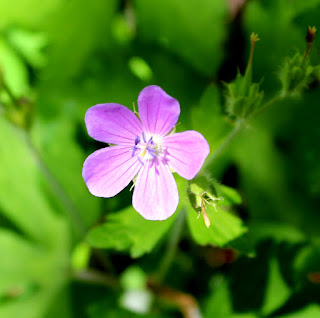 This wild geranium was transplanted years ago from the woods. 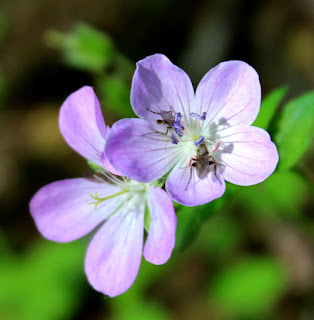 I wasn't quite sure why insects were on the geranium since they did not look like bees. 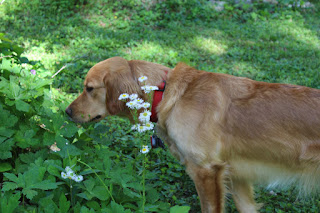 Daisy is always sniffing around the flowers. 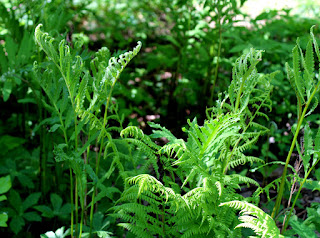 I transplanted these sensitive ferns from our ATV road where they would have perished.  They are flourishing here. 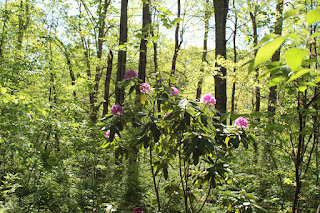 Rhododendron grow in areas around here but not on our side of the mountain so I have planted them over the years.  This one I planted in the woods and it seems to have fought for the sunlight.  I like the natural shape of it instead of the rounded ones that are in our yard.