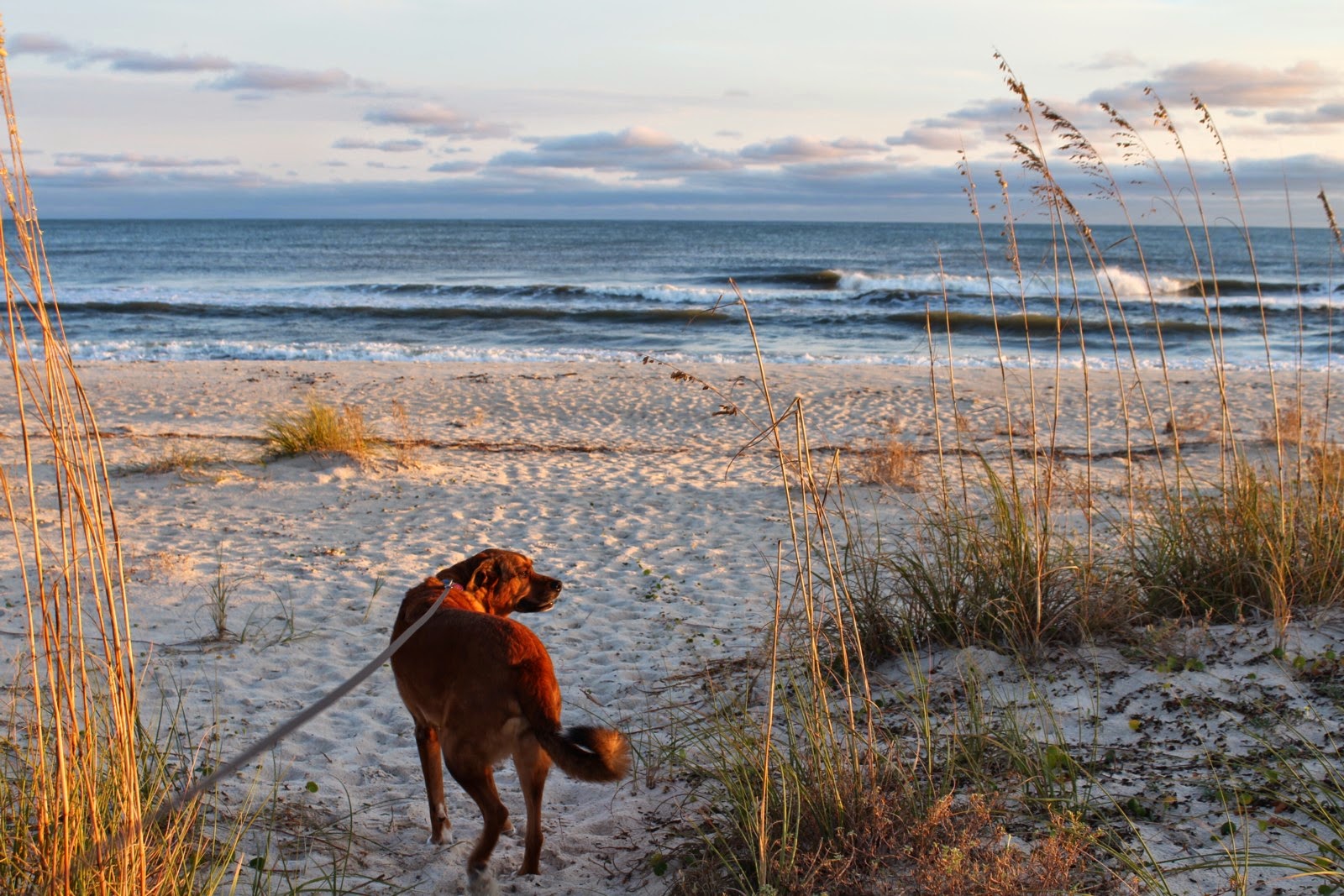 St. George Island is dog-friendly, allowing them on the beach as long as you clean up after them and have them on a leash.  It is very peaceful here, no high rises or big tourist areas, just the kind of place we like. 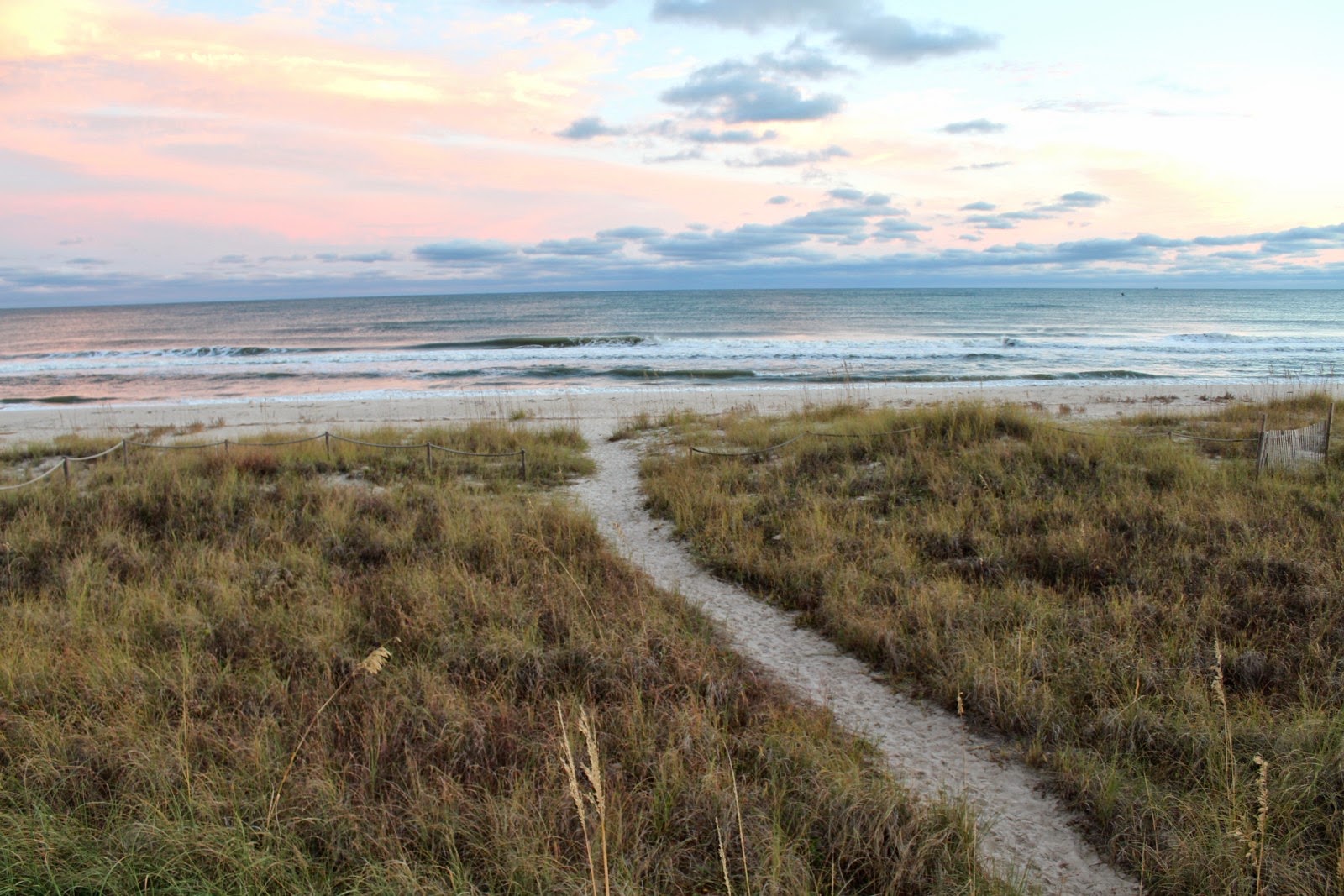 This time, I rented a house right on the beach so that if it was cold and windy (which happened just two days later), we could still enjoy the view.  Having a private path to the beach was a luxury. 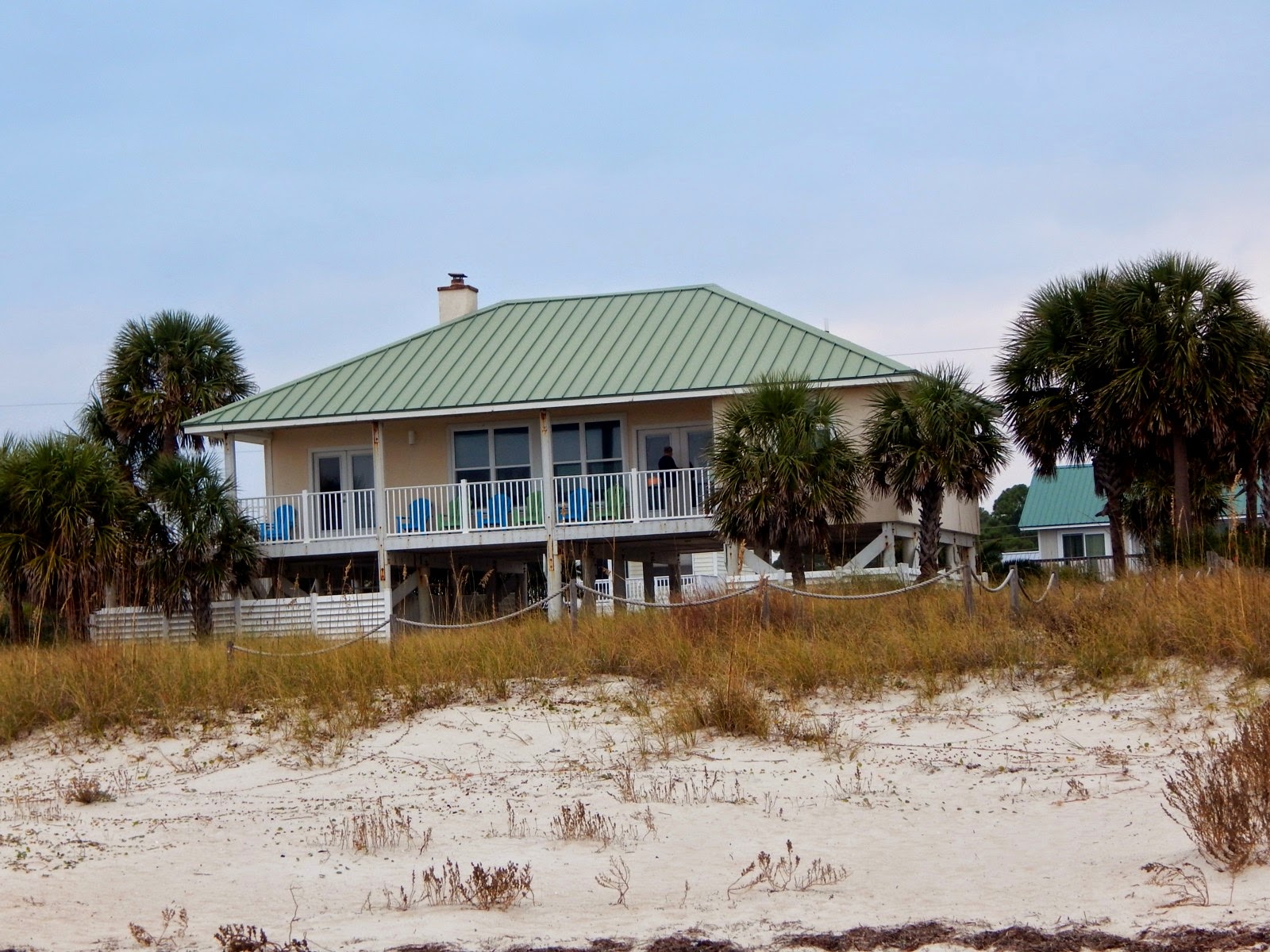 And the house worked out fine--dog and people friendly.  I cooked sea food every night that I bought daily in Eastpoint at Lyn's Seafood Market.    I was glad we had a covered porch the next day..... 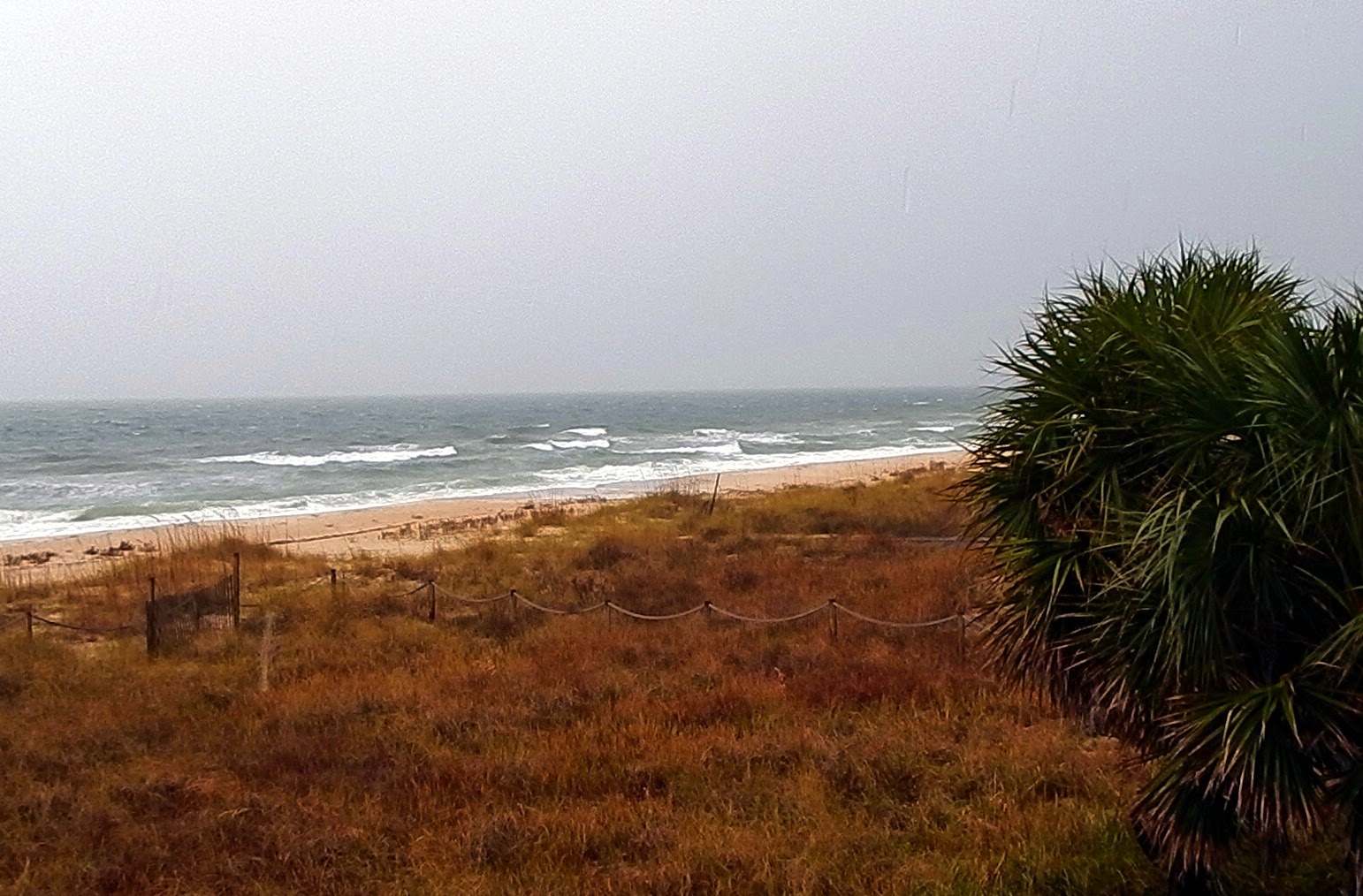 ...when a fierce storm blew in.  We had a tornado warning in the morning.  A tornado actually touched down north of here, doing major damage to a prison and other areas.  It almost felt like a hurricane.  The next day I noticed the house behind us had shingles missing--wasn't sure if that happened during the storm but the wind gusts were very strong.

After the storm, a cold front moved in.   Checking weather back home though made us feel better since the temperature was in the teens at night while here just below freezing. 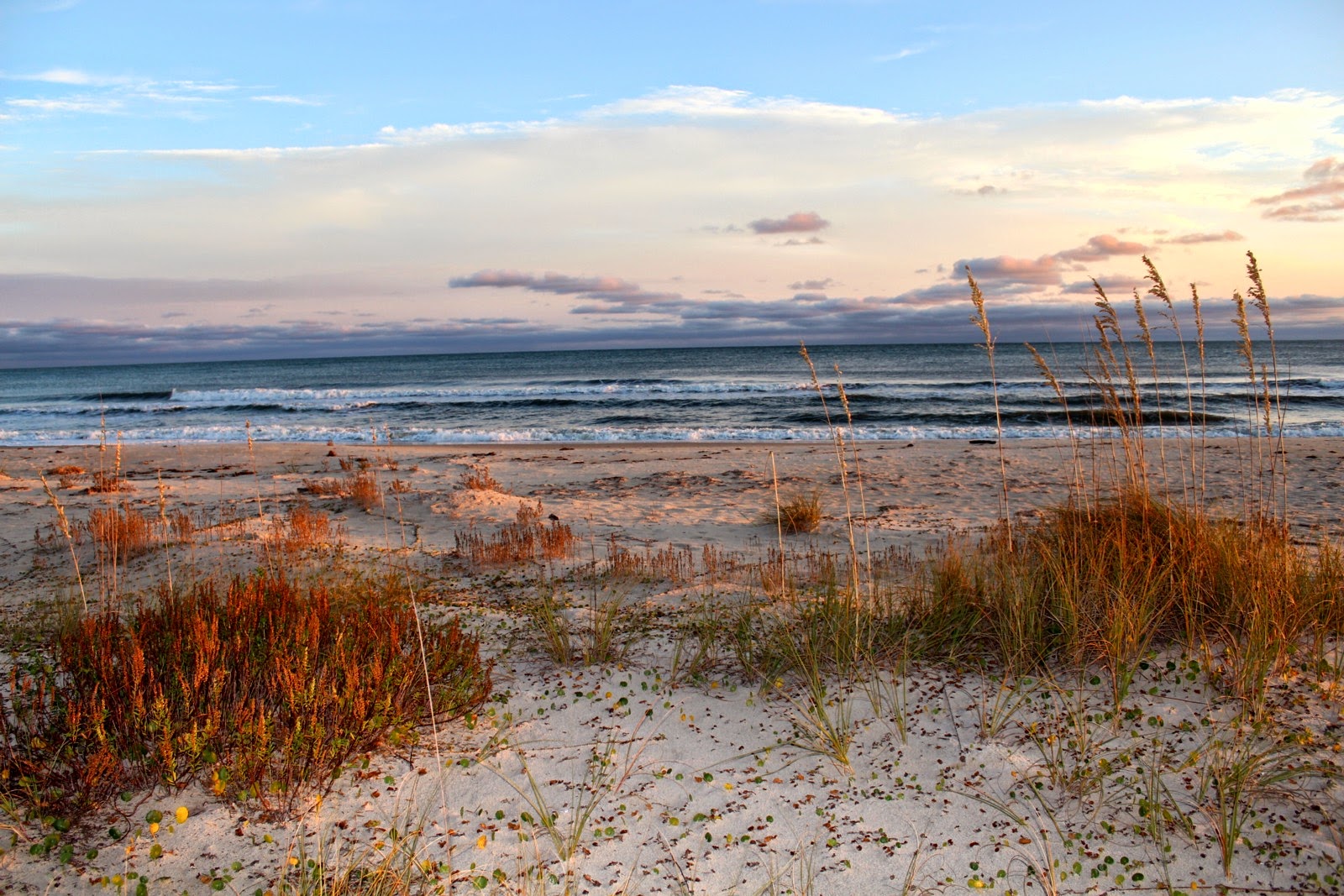 Still, I bundled up in the 50 degree weather and walked the beach where I photographed these beautiful sea oats.... 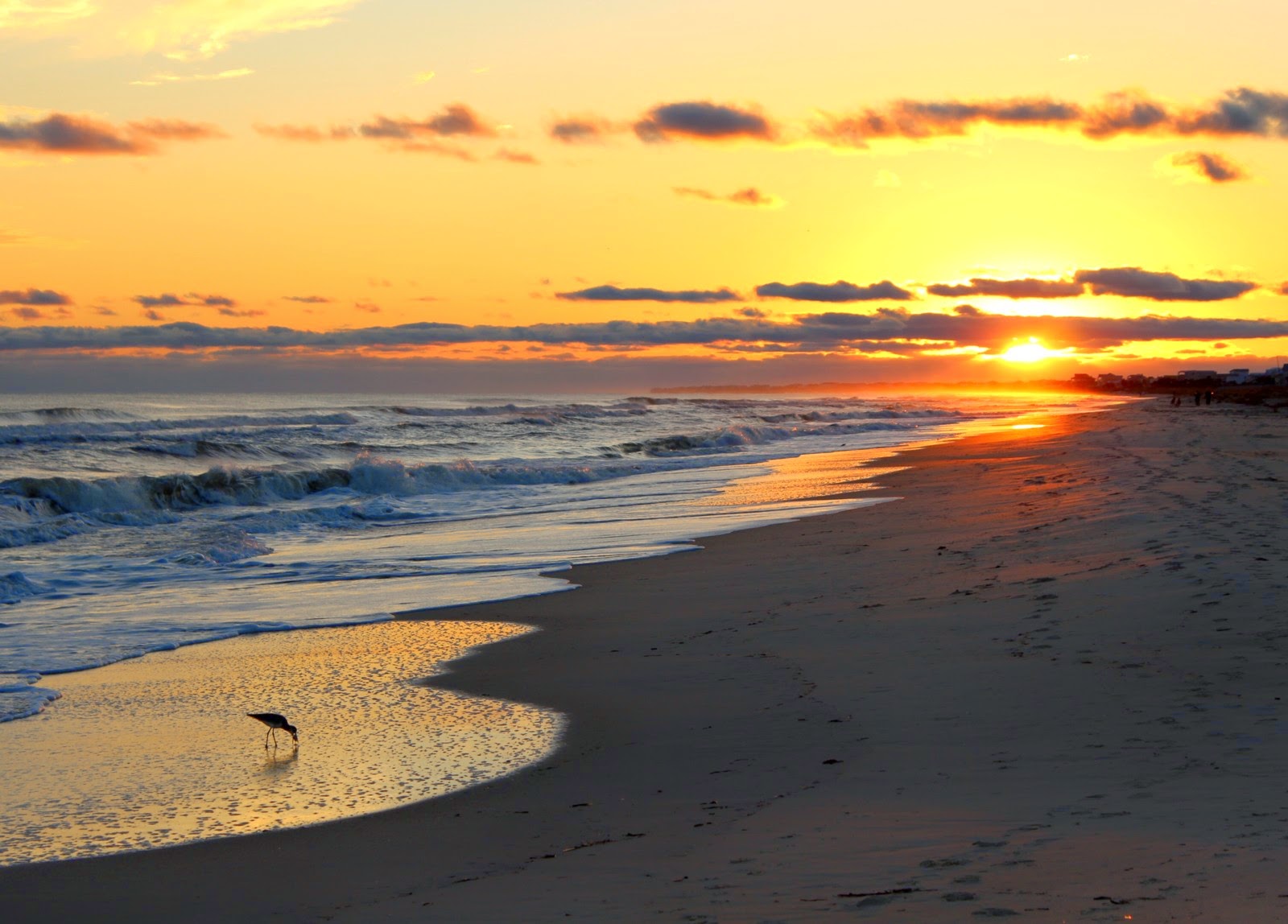 ...and the lovely sunset.

We took a trip to St. Marks wildlife refuge almost two hours away but it was well worth the time and effort. Here's the description from the webpage:


"The refuge was established in 1931 to provide wintering habitat for migratory birds. It is one of the oldest refuges in the National Wildlife Refuge System. It encompasses 70,000 acres spread out between Wakulla, Jefferson, and Taylor counties, and includes about 43 miles along the Gulf Coast of northwest Florida." U.S. Fish and Wildlife Service 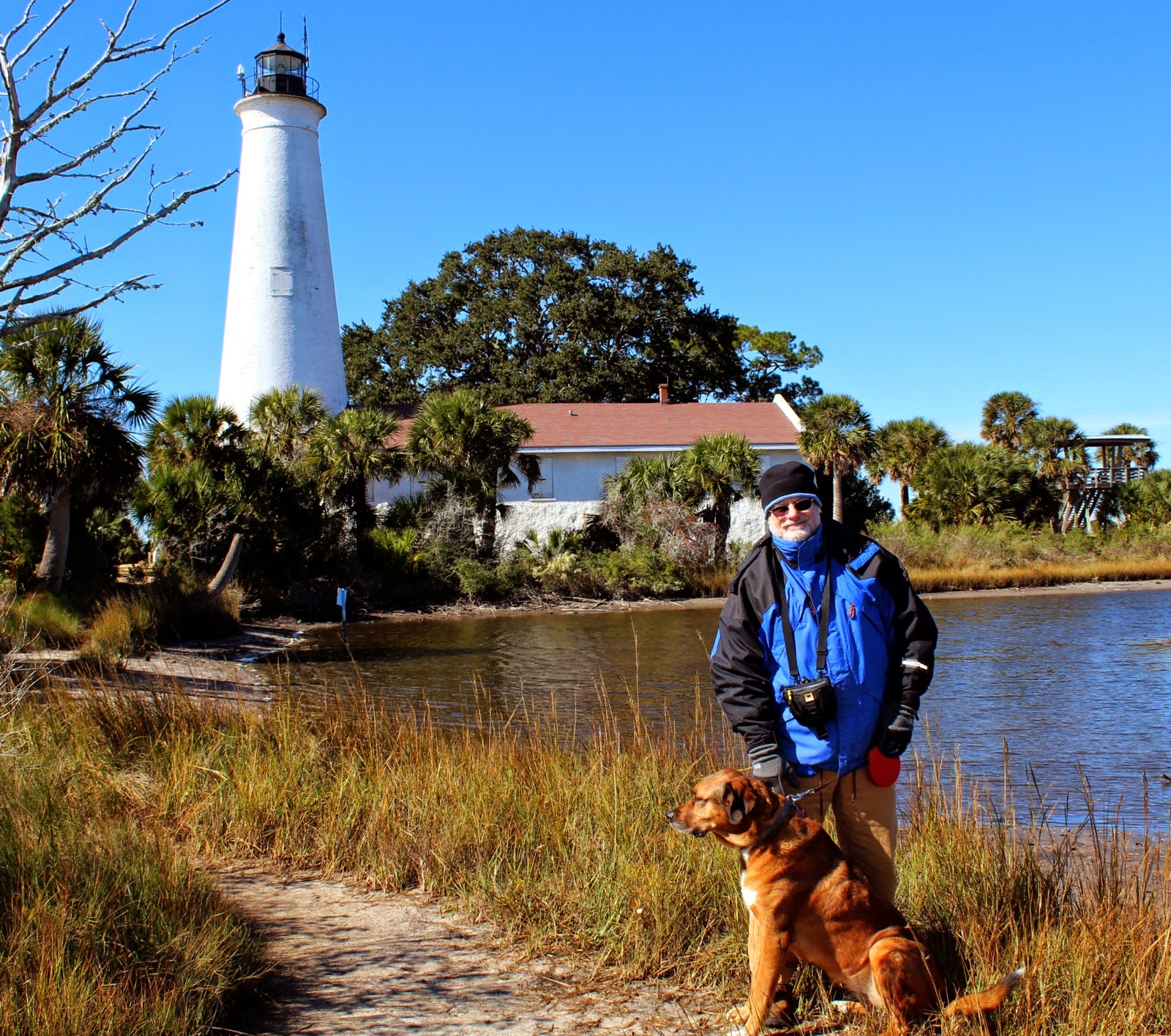 St. Marks Lighthouse was built in 1842 and is still in use today. 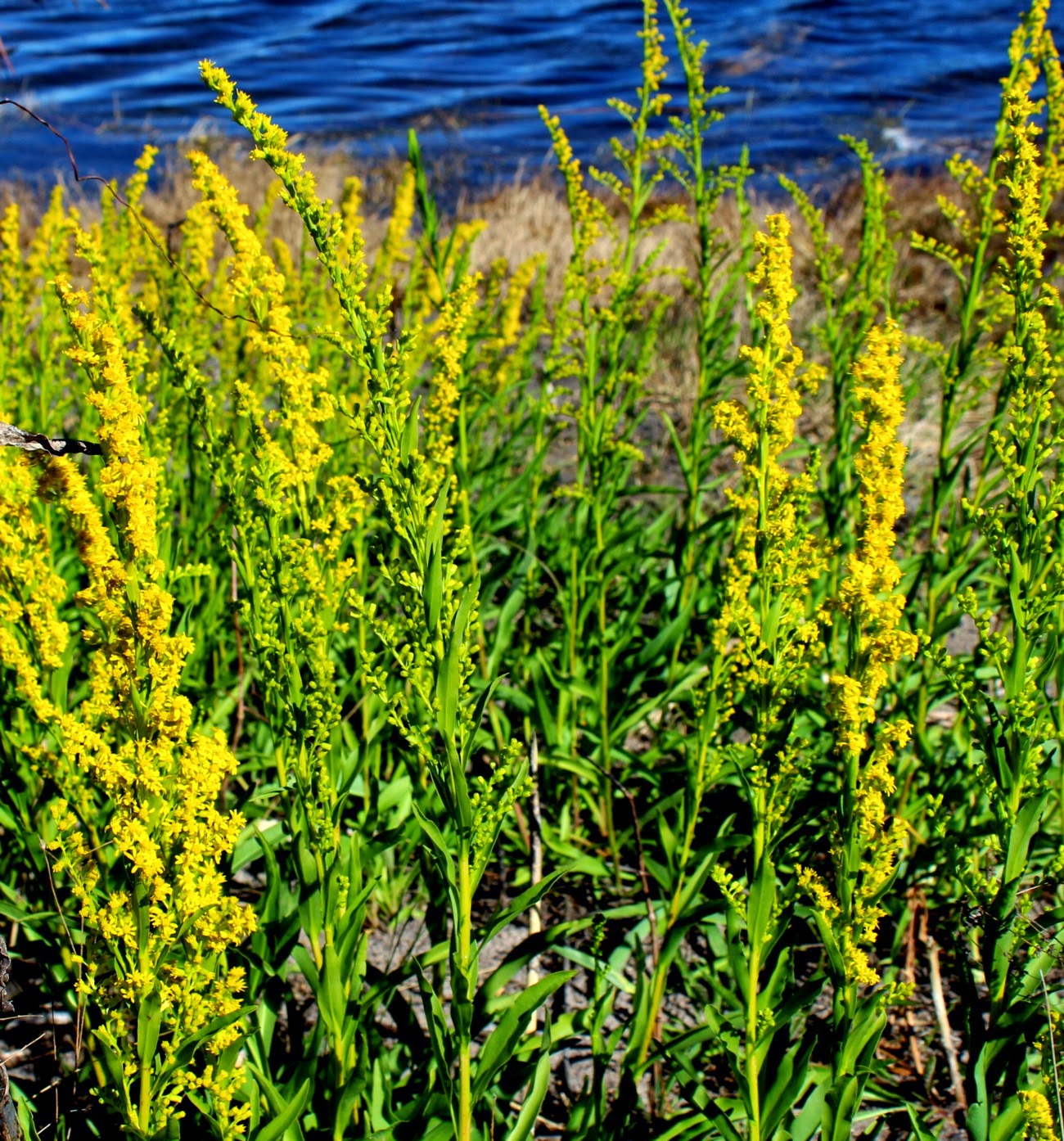 It was great to see some flowers--I think this was goldenroad which was covered with bees and other insects.  The refuge is a stopover for monarch butterflies too although we were probably a month late for them. 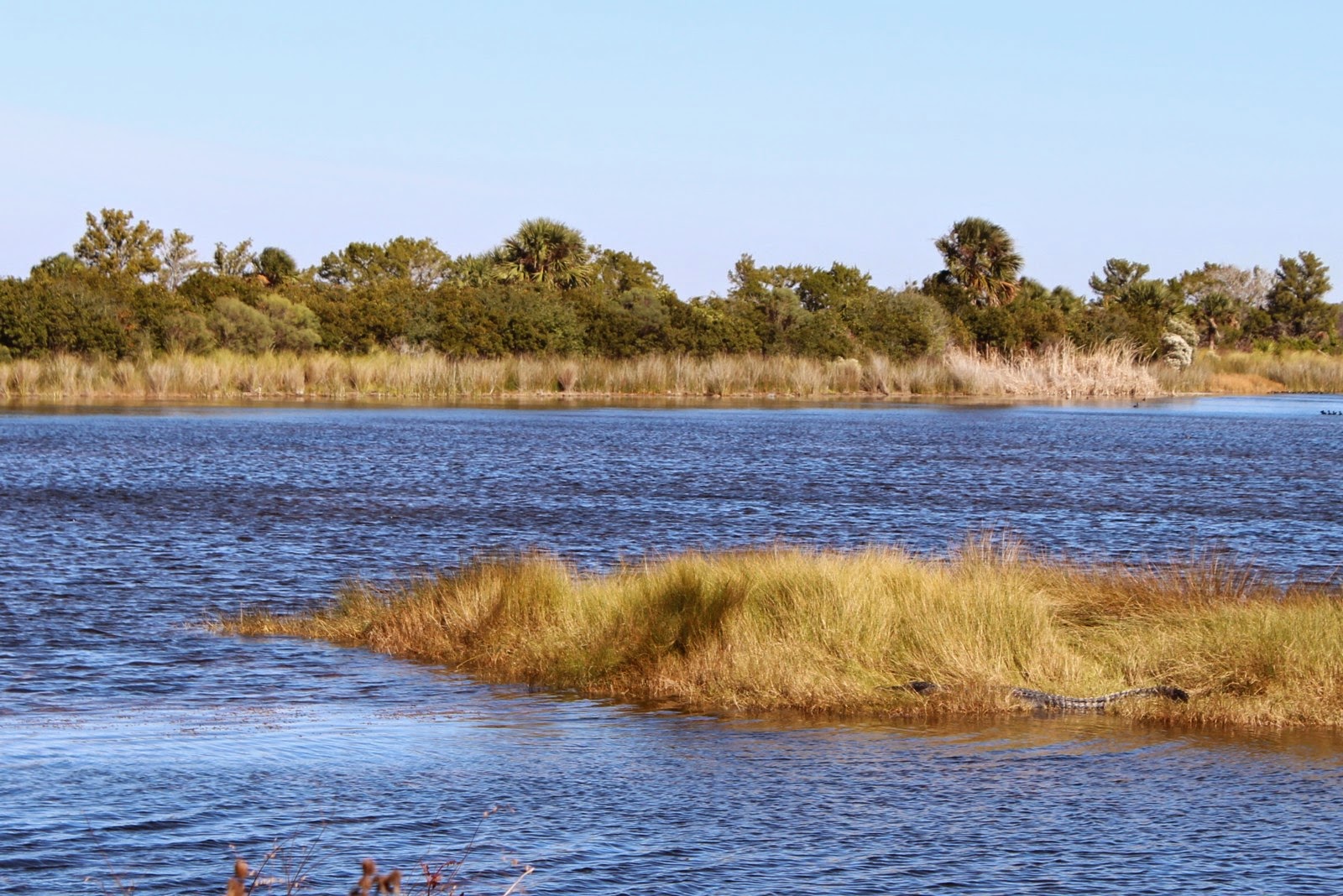 In the grass is a large alligator, probably the first time I was not scared since he was across the way and too cold to move much. 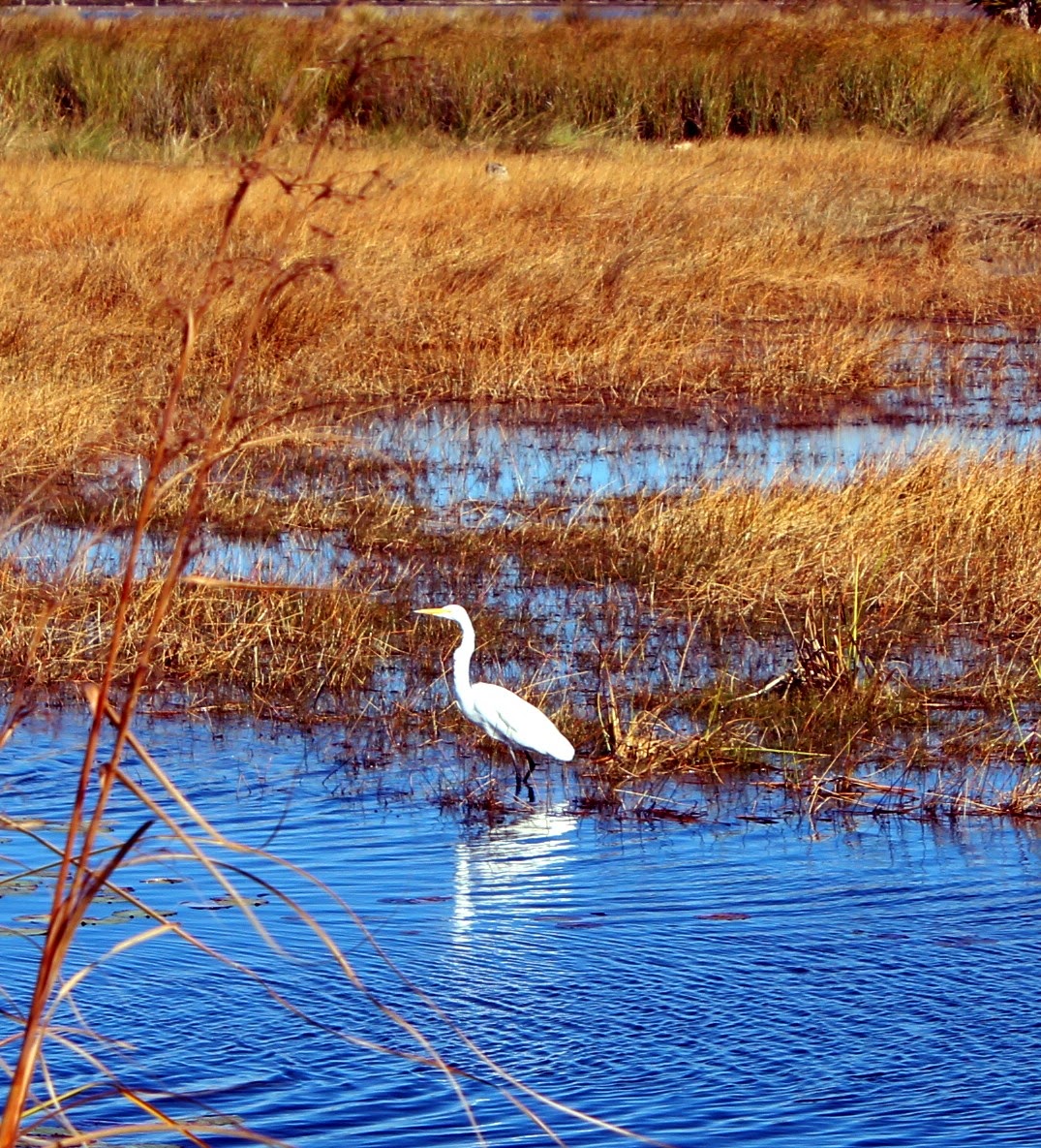 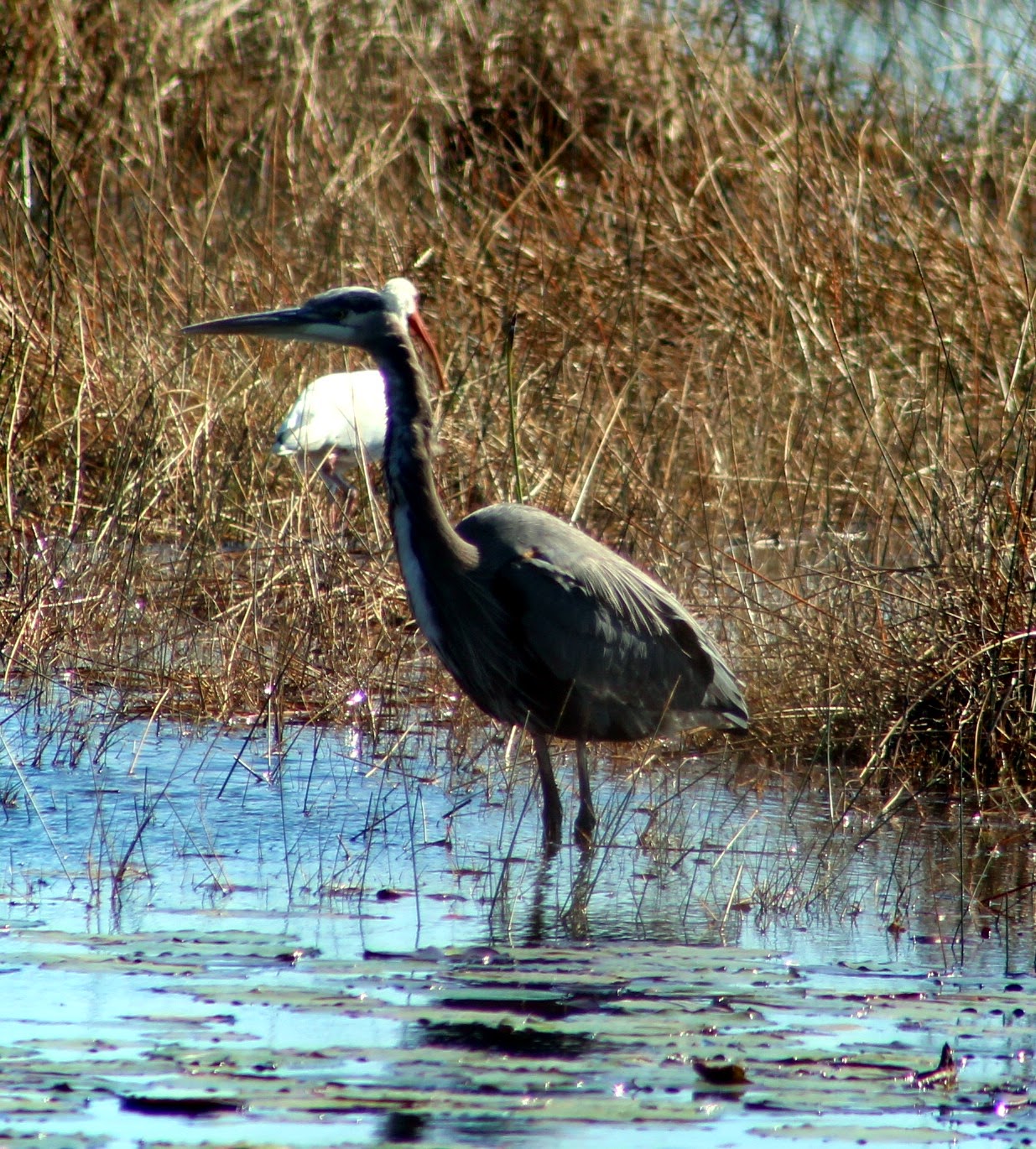 A great blue heron and the great ibis behind it. 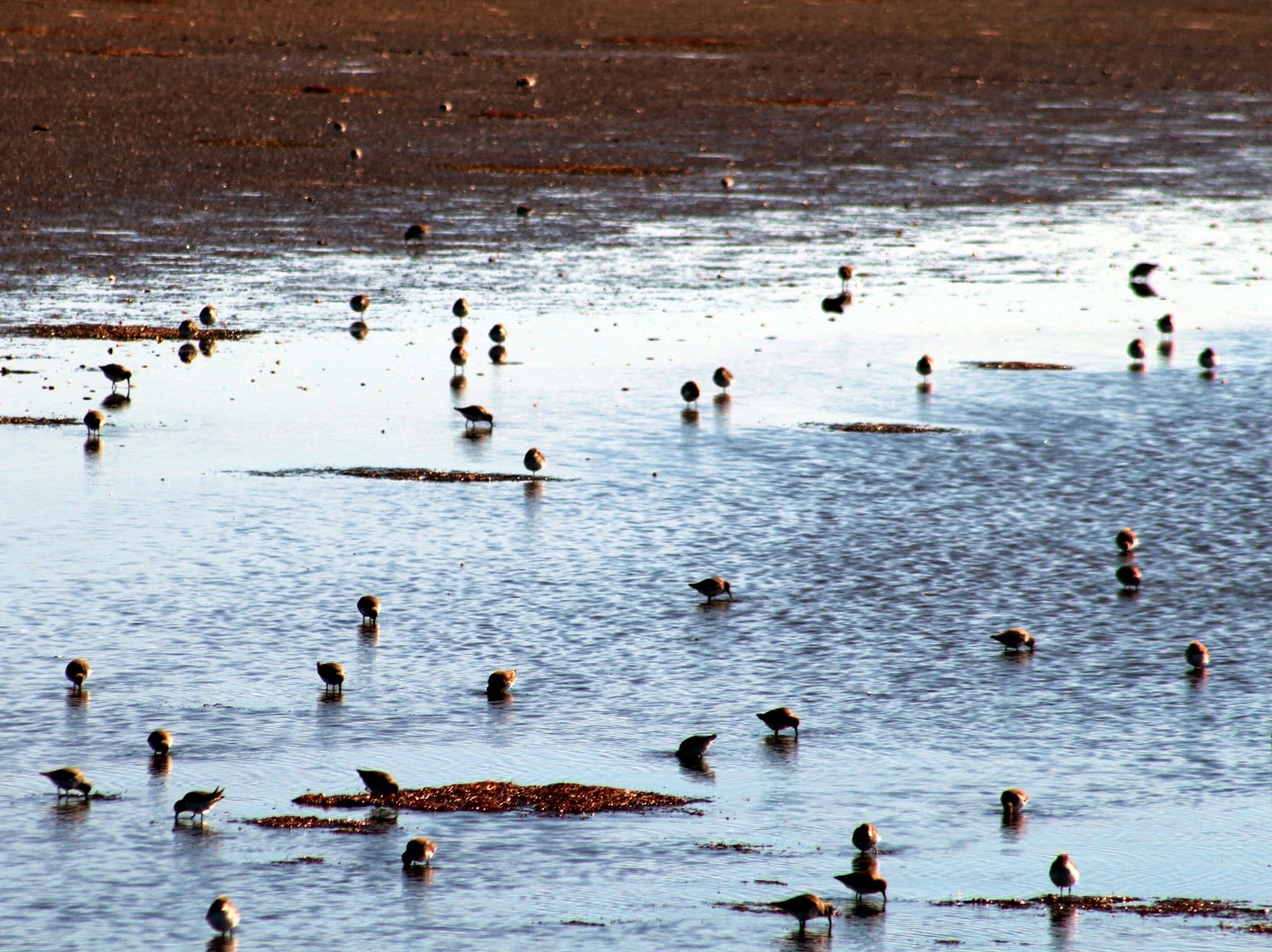 There were lots of these little birds in the shallow areas. 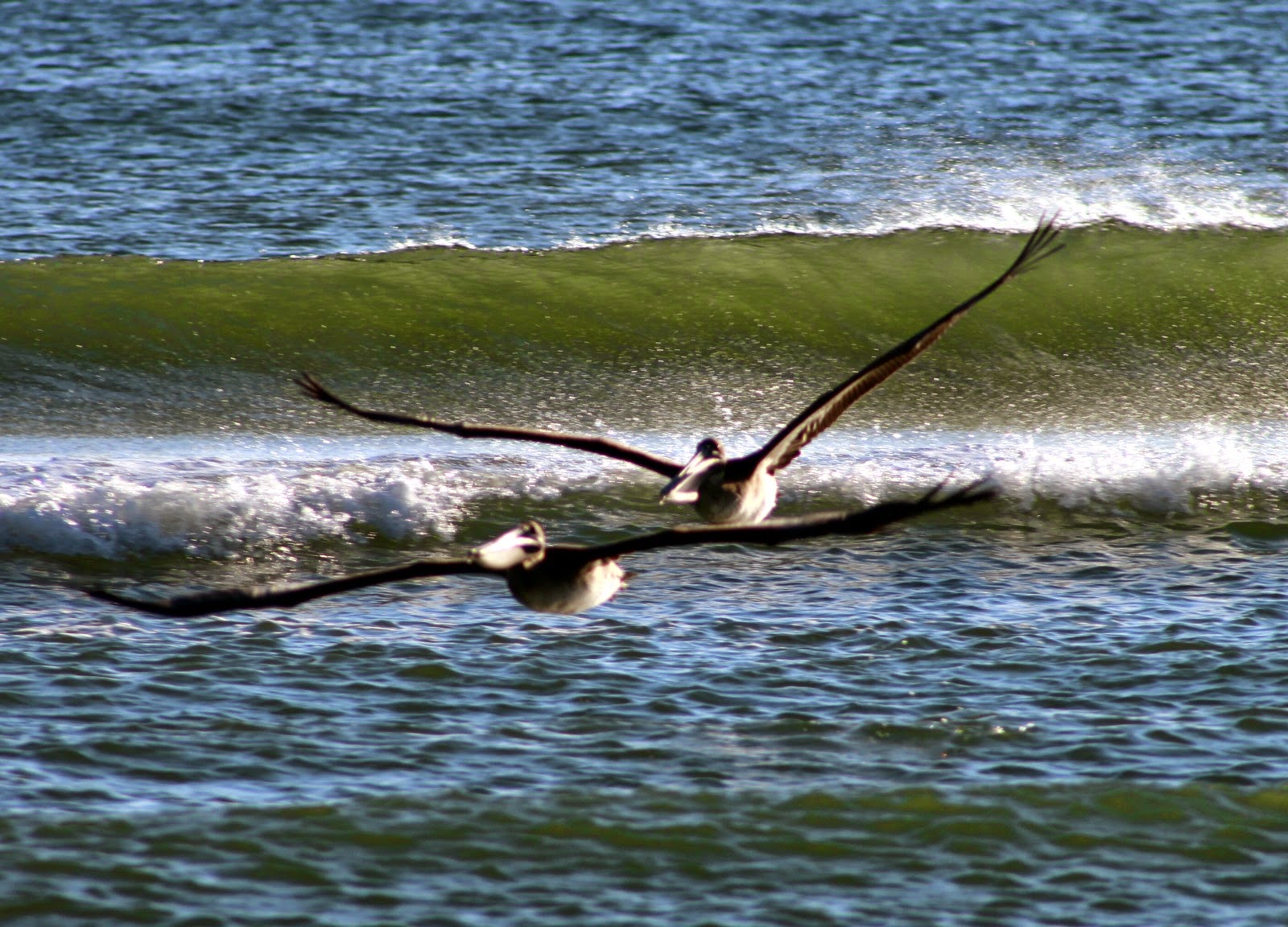 Back on St. George Island, I loved watching the pelicans fly as I walked along the beach. 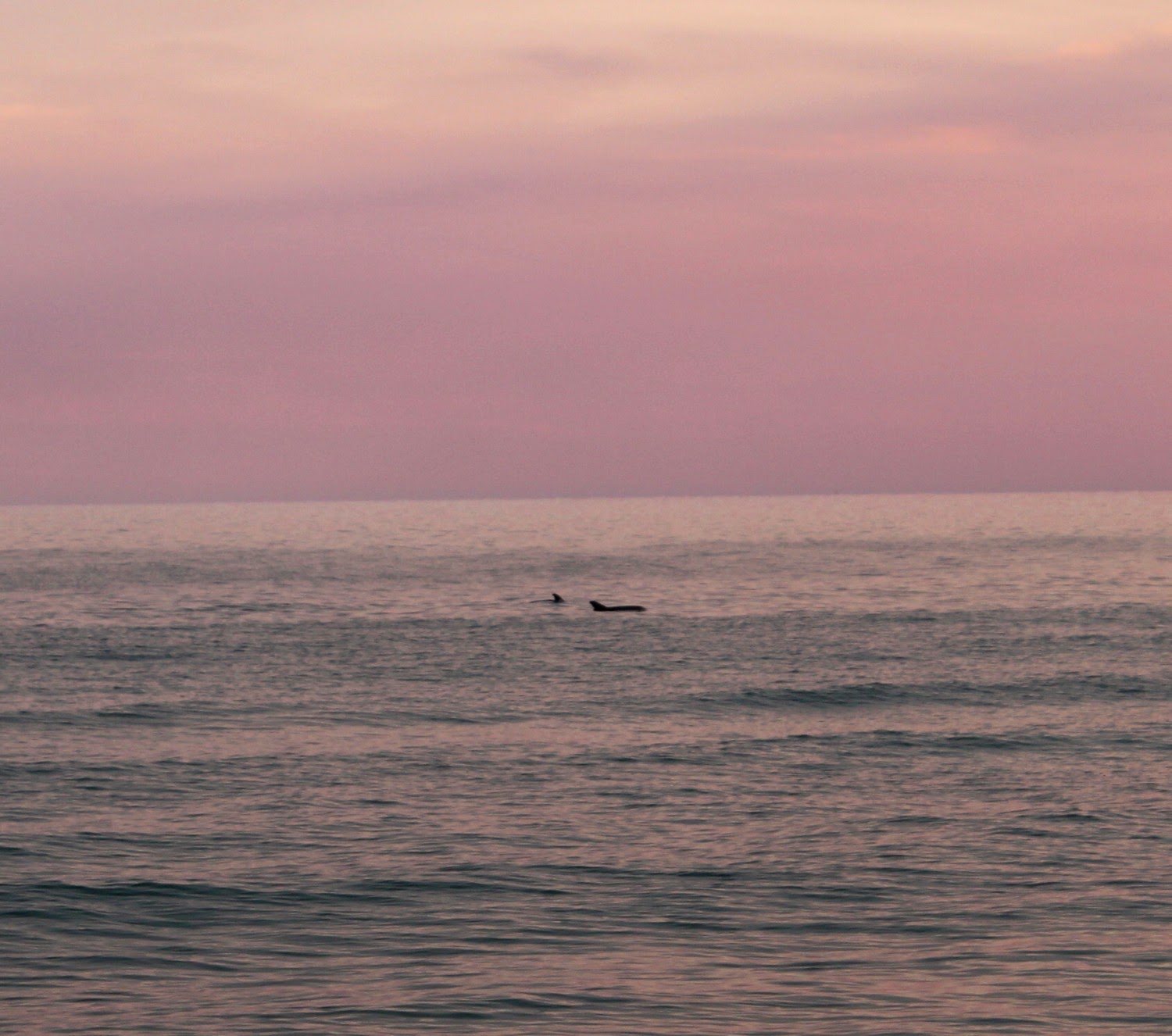 On the day of departure, I got up early to take one last walk along the beach.  Just before we turned to go back to the house, Kookie stopped and stared at these dolphins.  I would have missed seeing this pod? of about 5 of them swimming parallel to the beach. 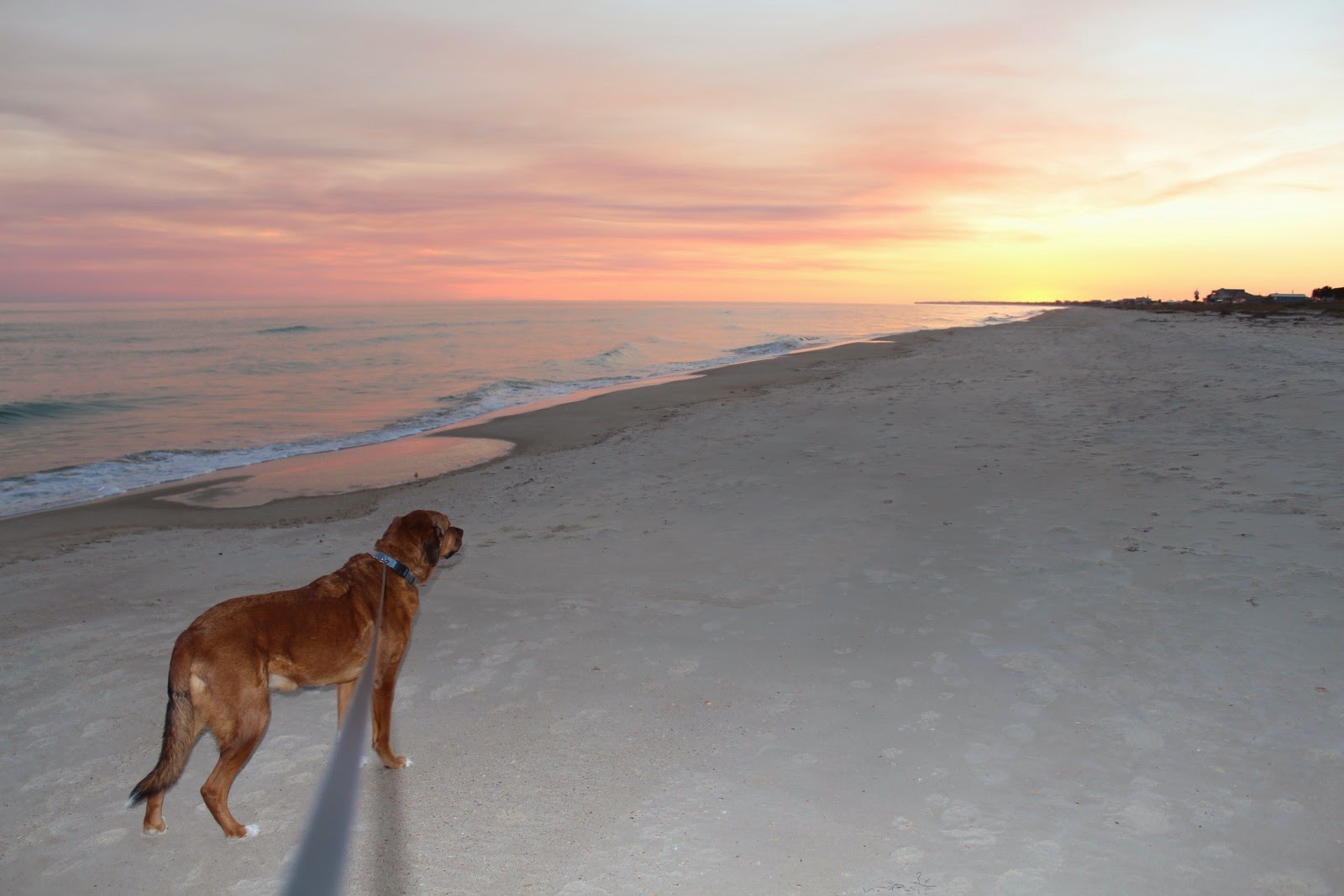 I finish with another photo of Kookie who I hope appreciates that we plan our trips around her now!

The fall foliage in Rye Hollow was the best in many years.  I am just now getting around to posting some photos. 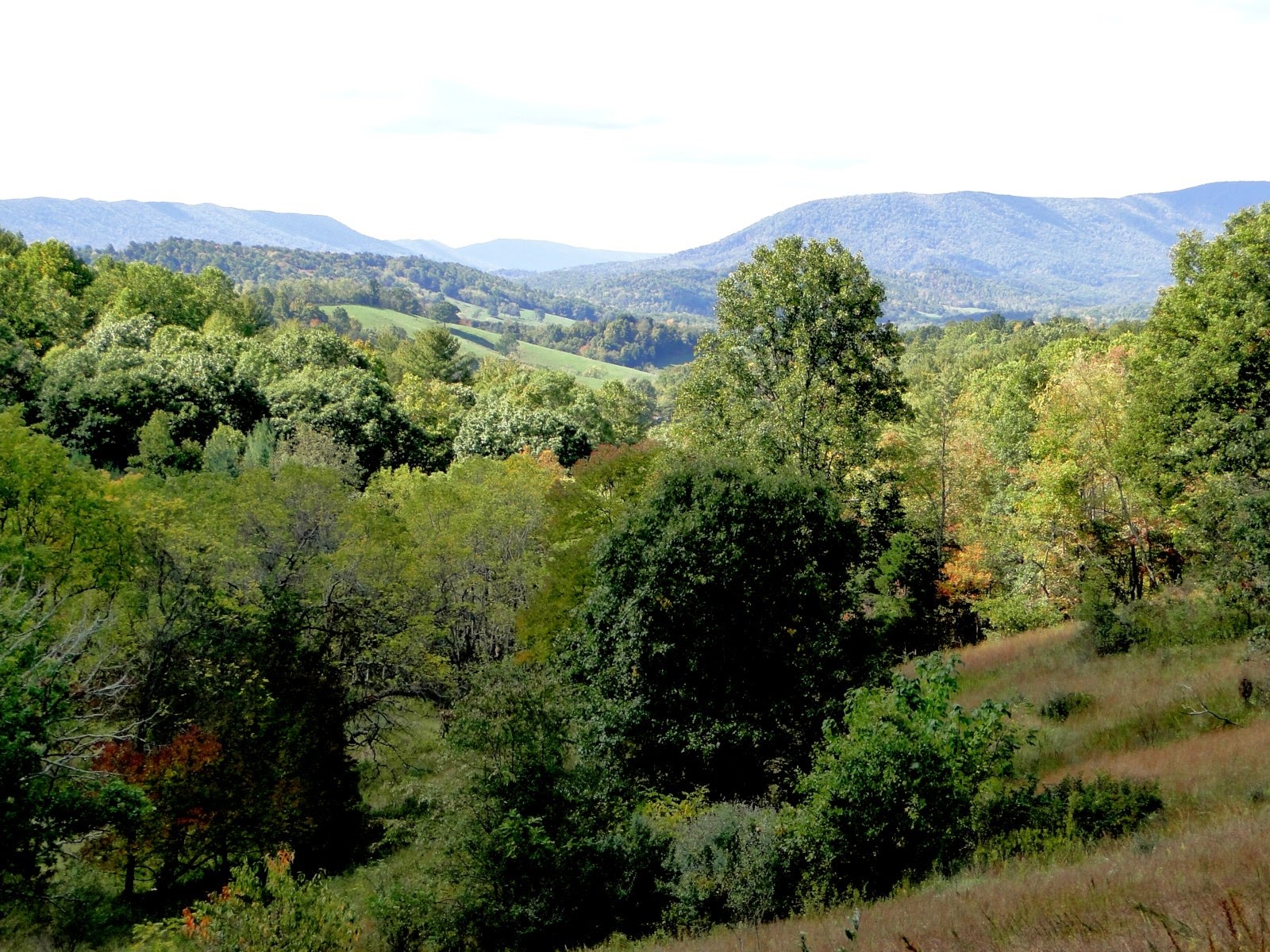 A view down into Rye Hollow did not show much color on October 4.

A little color shows up on October 12 on the back part of our land looking toward Walker Mountain. 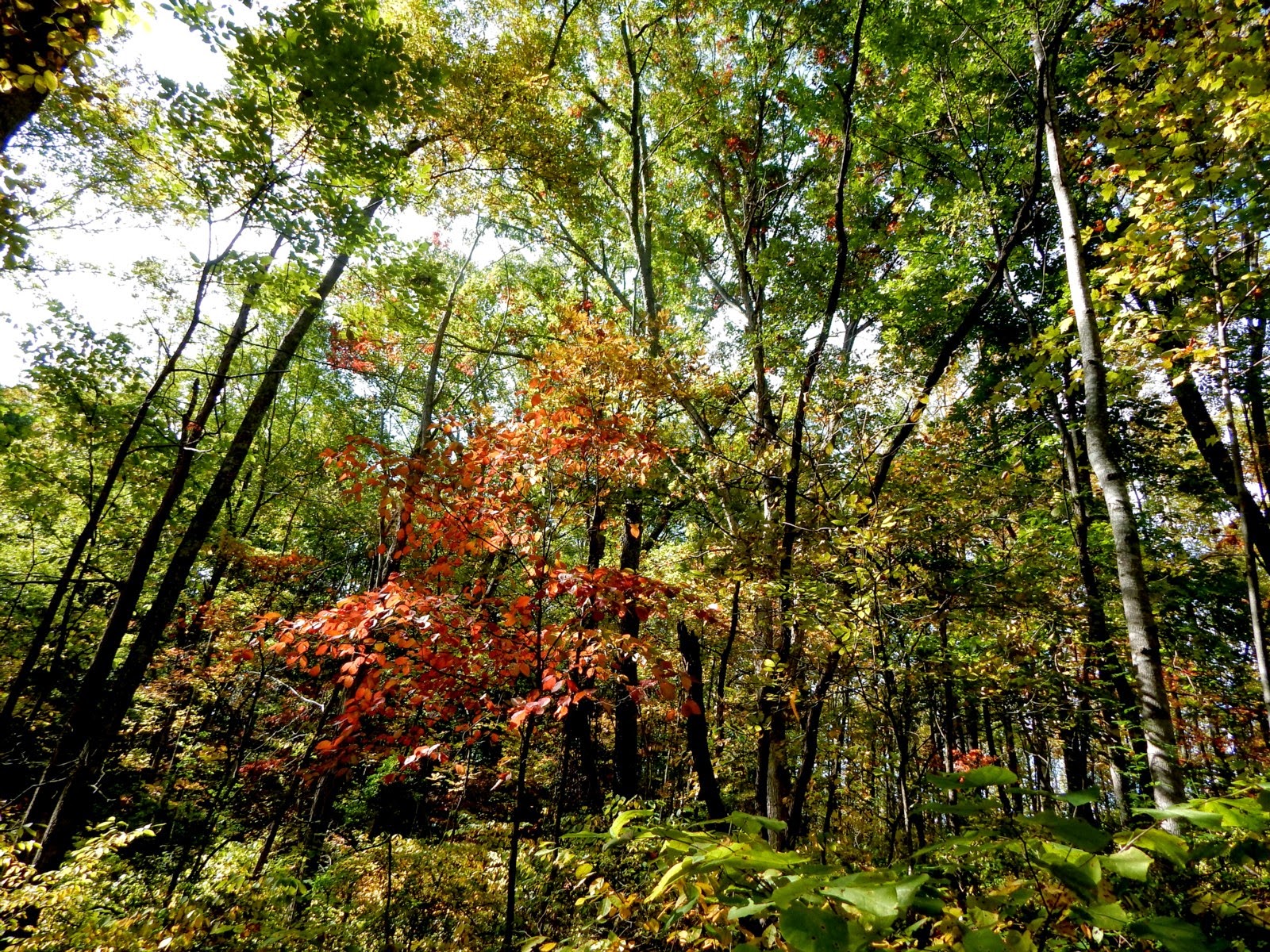 The dogwood trees are always the first to turn color (October 12).  Our woods sometimes reminds me of the rain forest. 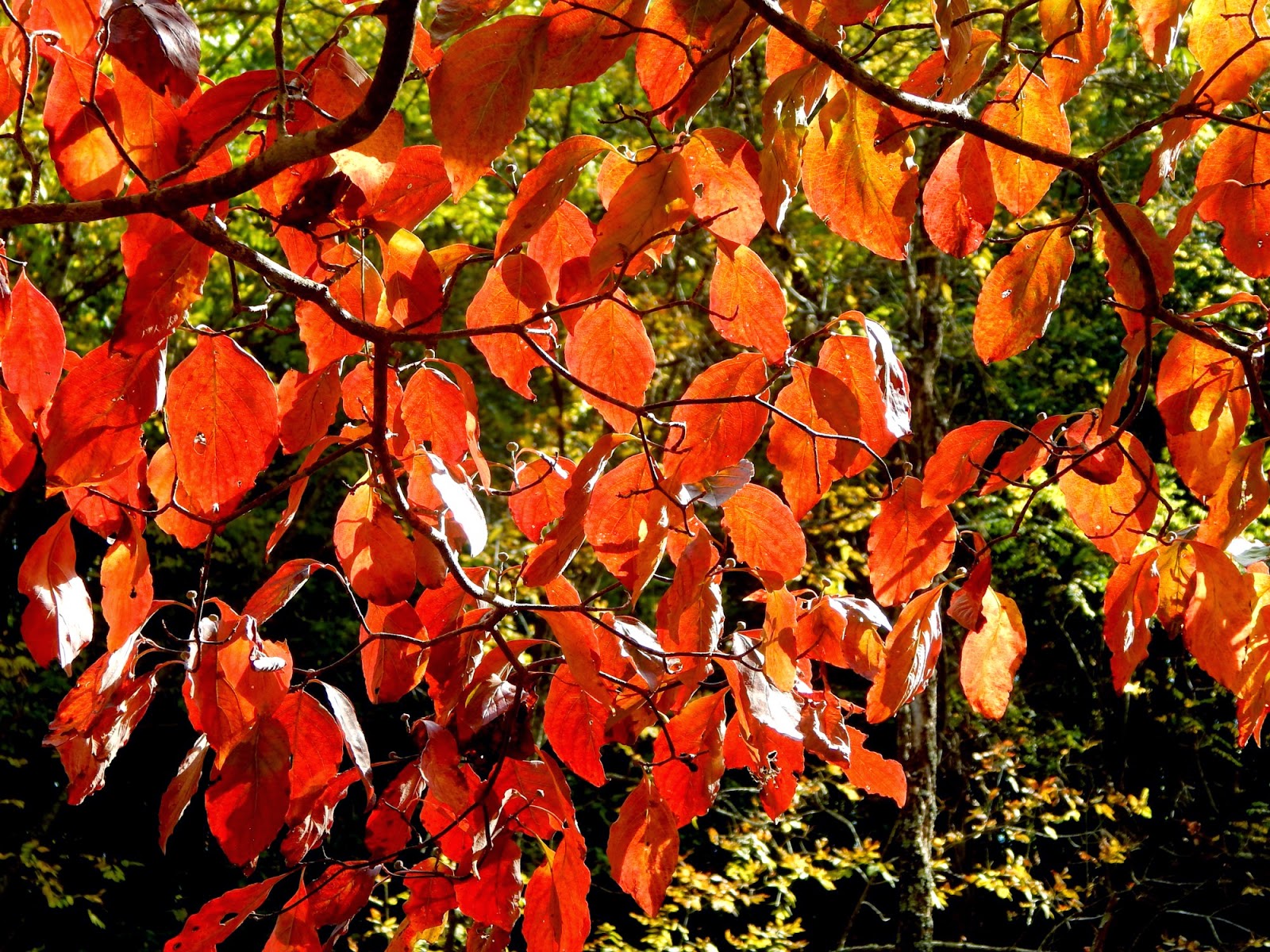 I love the look of the dogwood leaves with the sunlight behind them. 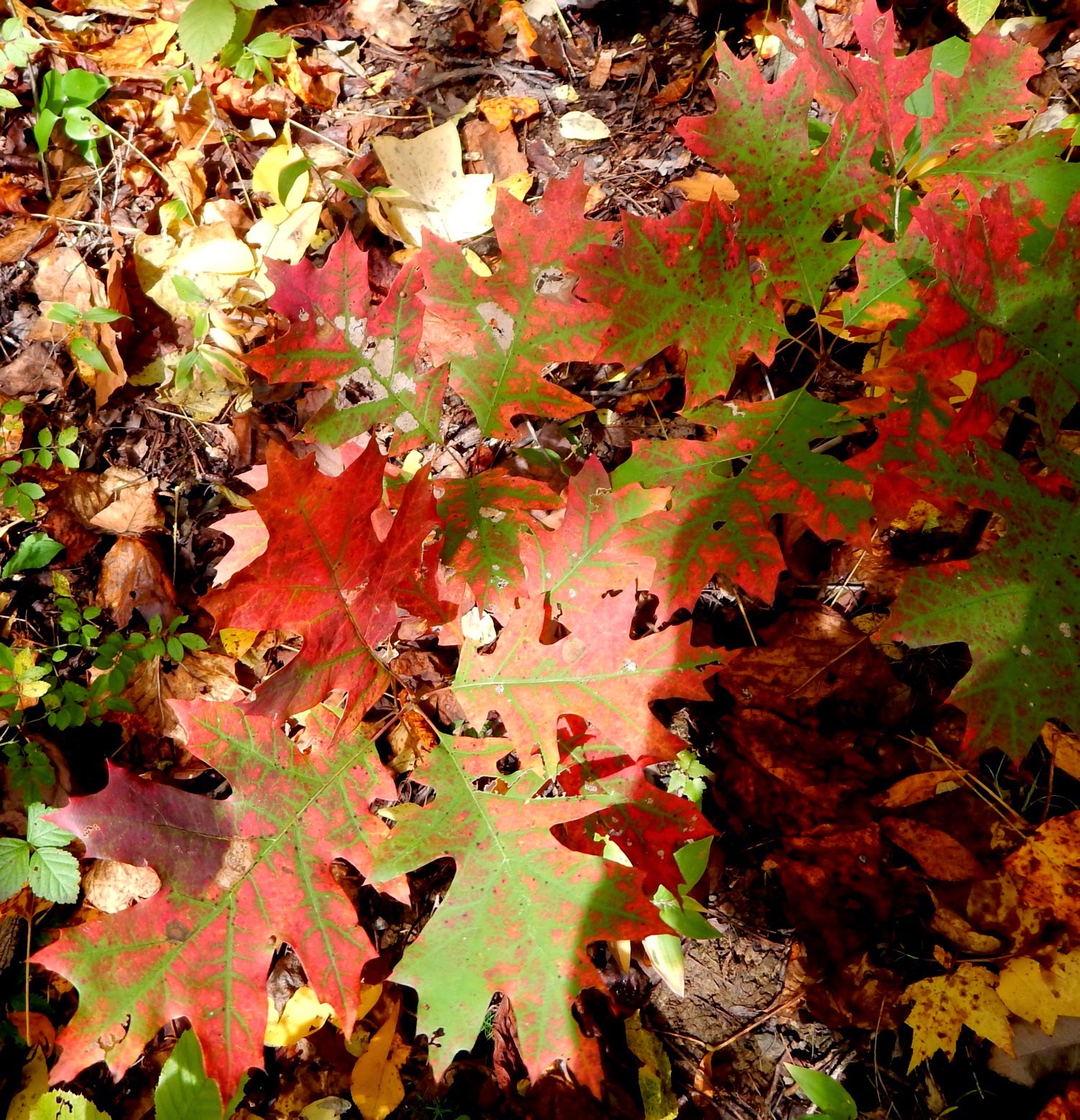 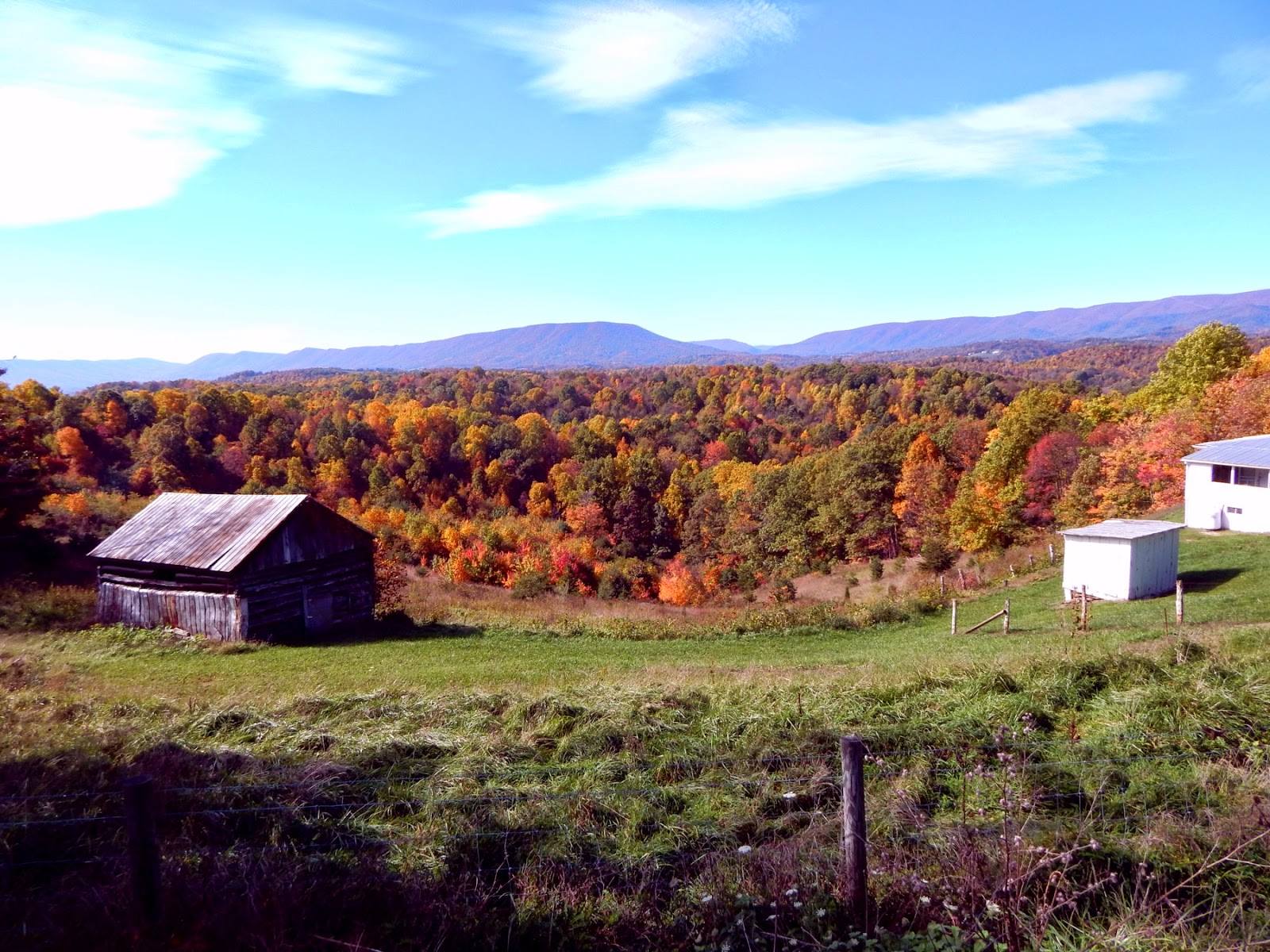 Another photo of the back part of our land taken October 17. 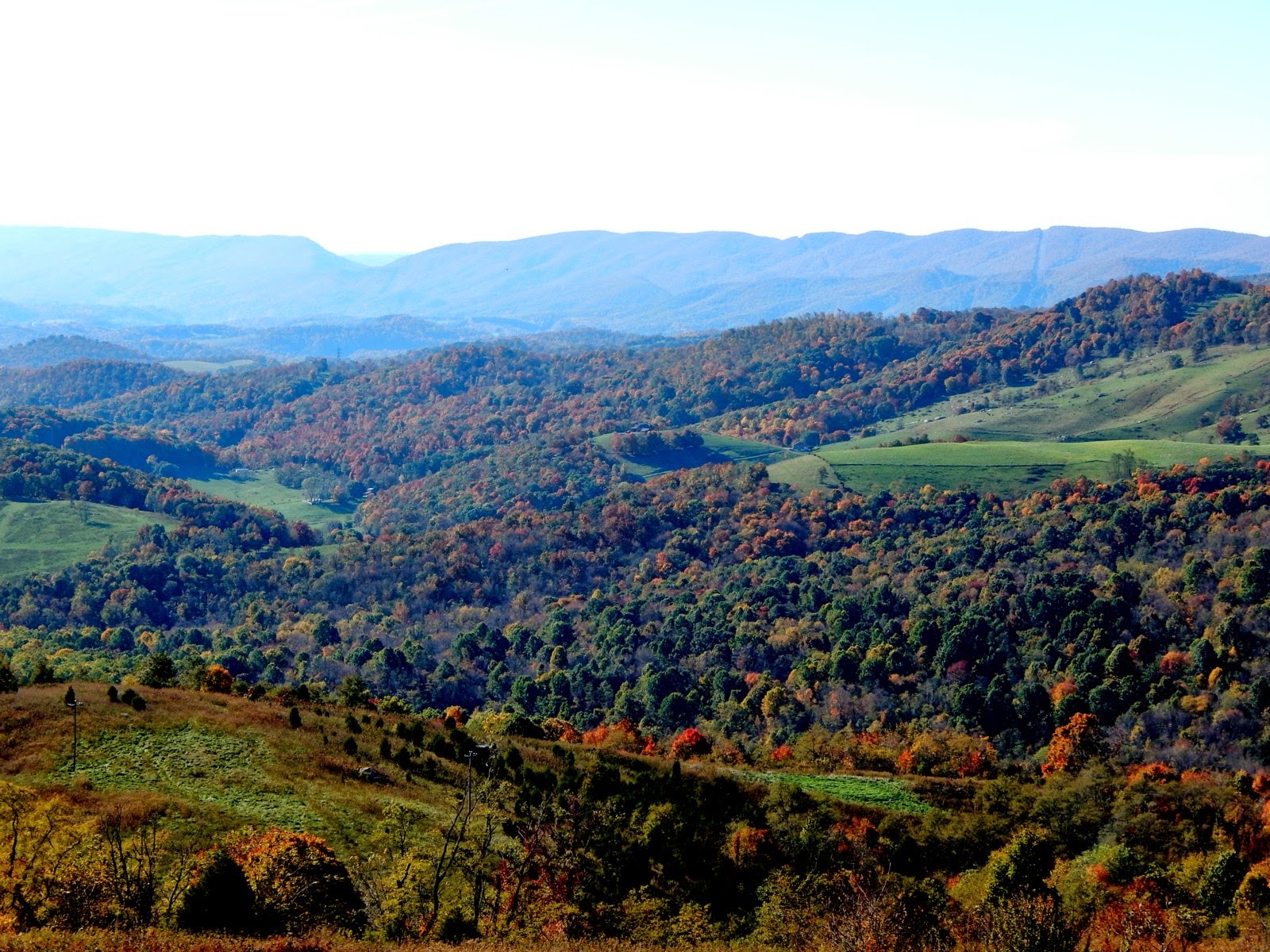 Also on October 17, I took this photo driving up to Mountain Lake---little hazy but still colorful.

Finally, this photo taken last week on October 24 of view into Rye Hollow shows that the color has really hung in there.   Not today though, it is rainy, gloomy and cold for the start of November.
Posted by Appalachian Lady at 11:00 AM 6 comments: