June has consistently been in the 80s and sometimes in the 90s (far too early for that in the mountains!).  I emptied my rain barrel  twice to water the garden so rain has definitely been less than needed.  Today has been the first completely cloudy day so I am finally getting around to doing post.

Two things seem to love this weather:  fireflies and butterfly weed (or as I call it orange milkweed). 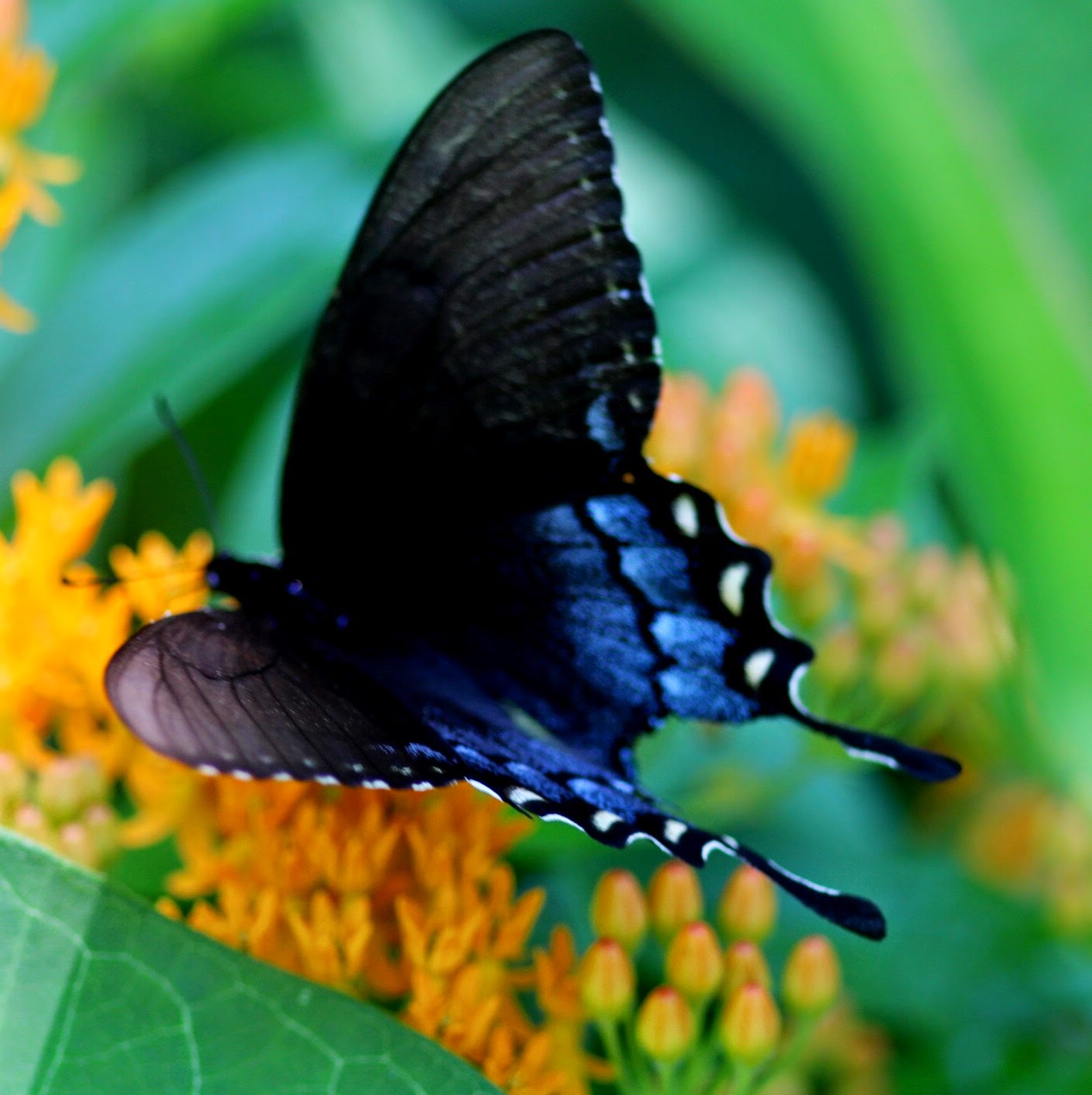 From this angle, you can't see the orange spots but another showed it so I believe it is a female. The fritillary butterfly finds the orange milkweed irresistible with as many as five on it one day.  I learned that violets are the host caterpillar plant so I am glad I let lots of violets grow in my yard. 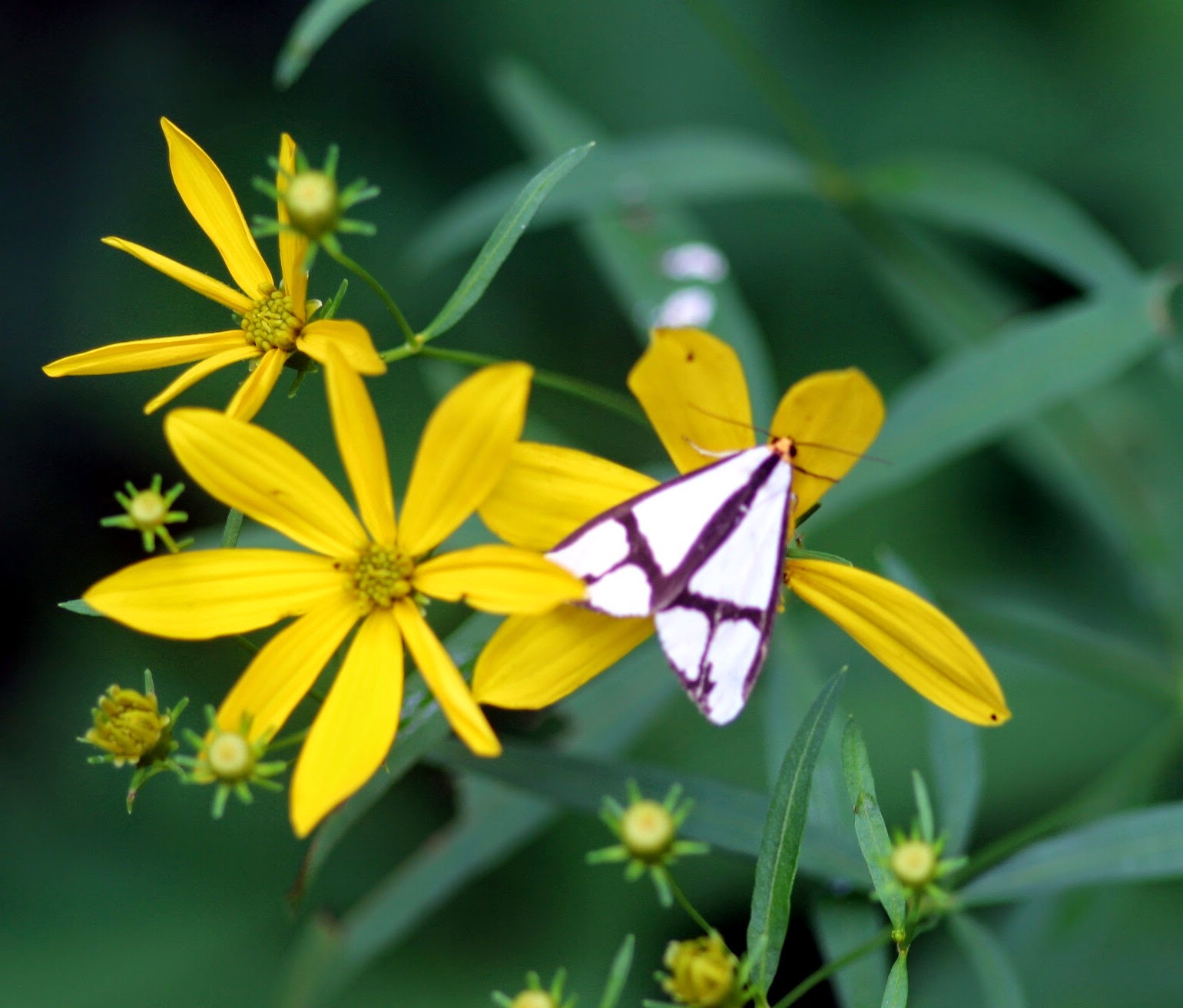 I posted on the group "Moths of the Eastern United States" on Facebook.  Within an hour, some one identified it.  None of my field guides have many moths in there so if you know of a good field guide, let me know. 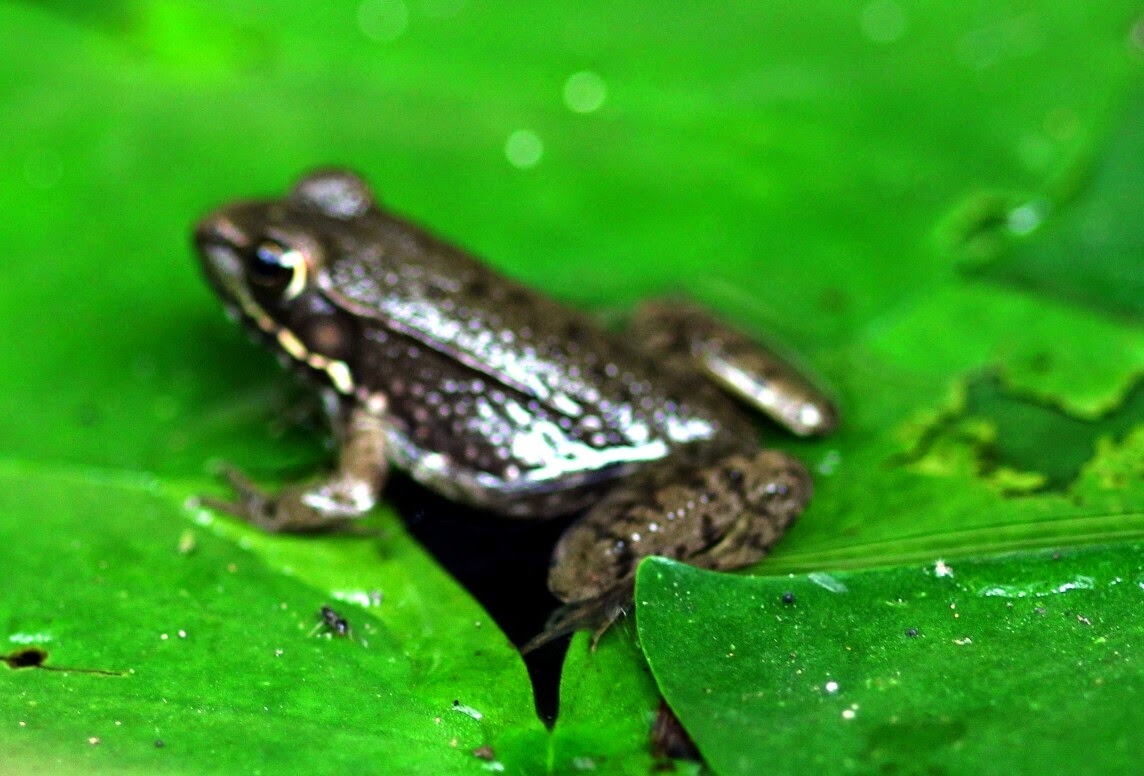 We finally got a frog in our waterfall.  He is only about 1-1/2 inch long so it is hard to take a photo.  I hope he stays around awhile so I can identify him. 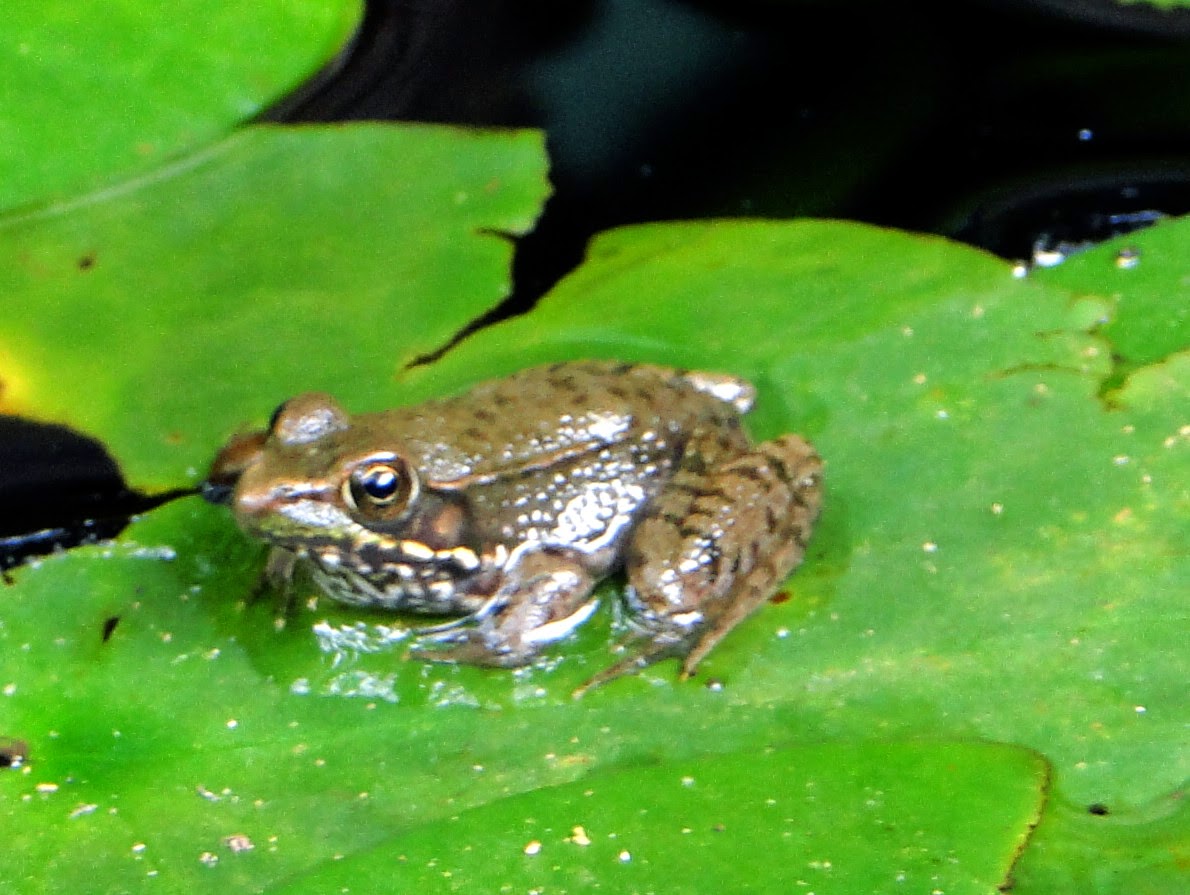 Here's another photo of him.  The closest match on my Audubon iPad app is the Southern Leopard Frog which is fairly common around ponds. 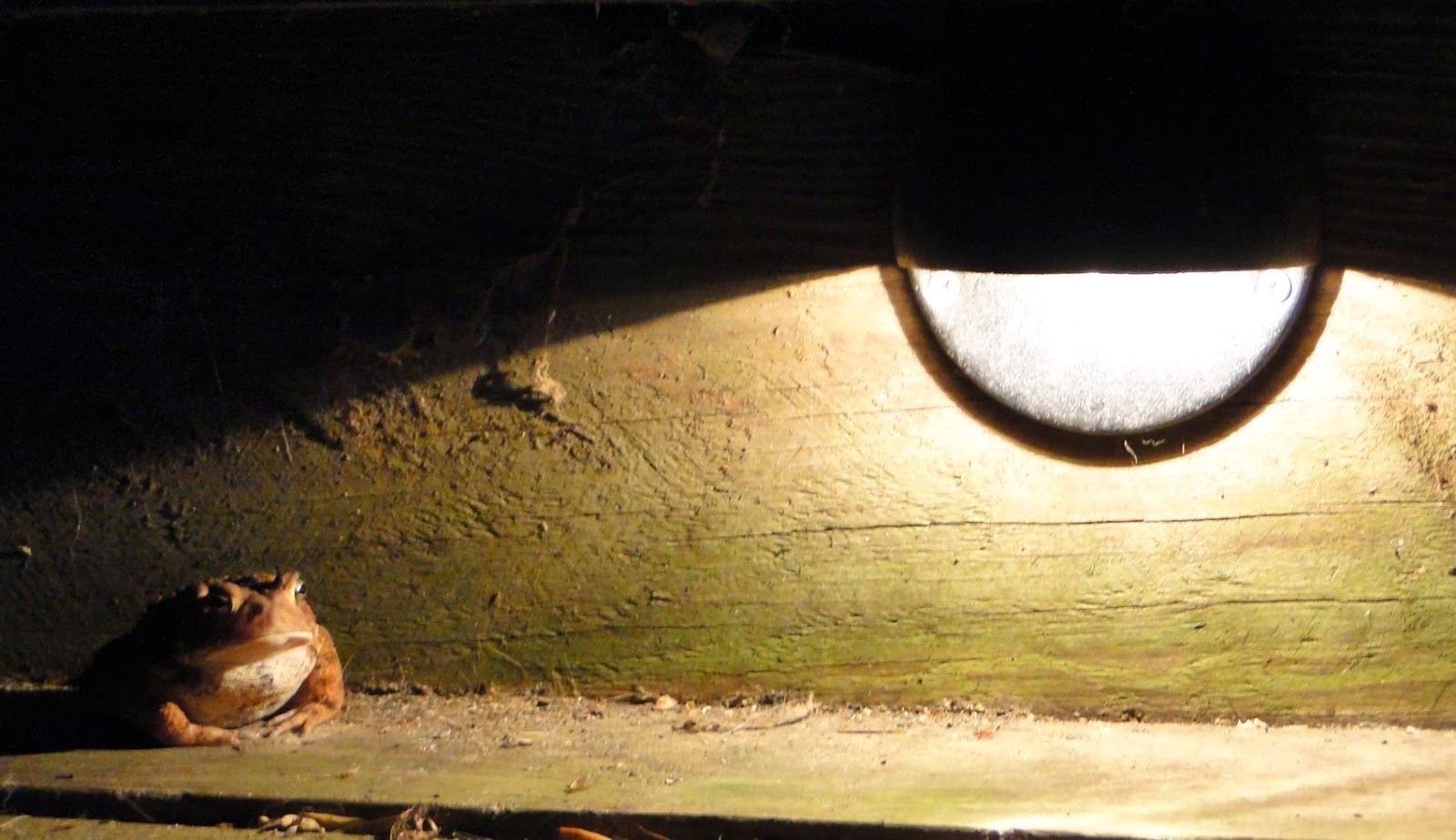 This toad was sitting under our deck light for a couple of evenings, waiting for  an easy meal.  He has not been seen since so I hope a snake did not get him but that he decided it was not so easy after all.

I have not gone on too many nature walks because we had several bear sightings, one in the driveway and then in the backyard.   My blackberries are starting to ripen so I am afraid he will be back!