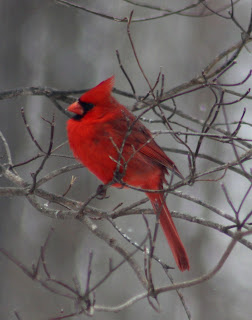 In the past week, it has snowed several times and temperatures have stayed below freezing most nights.  A gradual warm-up this week won't make up for the coldest March I can remember.

It's not just here in the Appalachian Mountains that March is turning out to be the coldest, snowiest month.  Just look at these maps checking out the snow cover of the United States on March 25 of 2012 and this year.  In last year's post "Early Trillium, Spring out of Whack," I was bemoaning the fact that the poor bloodroot flowers were sprout thru thick green vegetation. 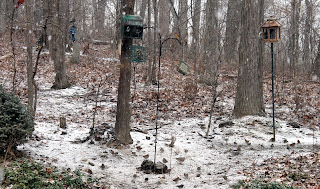 The birds have flocked to the feeders, sometimes hundreds of them. 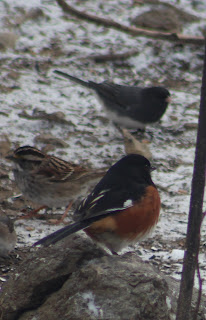 The Eastern Towhee has come back from wintering somewhere, probably Texas. He must be wondering where spring is too.  The black-eyed juncos (above the towhee in the photo) will stick around until the end of April when they will migrate north or maybe just higher into the Applachian Mountains. 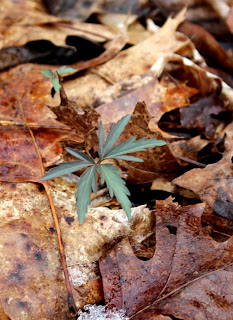 This morning, I noticed that this cut-leaf toothwort was brave enough to peek thru the leaves.  Hopefully, it will bloom by this weekend when it is supposed to warm up.  It is surely late this year.  But, if you asked me which I preferred, a hot or cold March, I would have to say a cold March.  It makes spring all that much sweeter when it finally arrives.

Posted by Appalachian Lady at 3:52 PM